Statesman Journal
By Justin Much 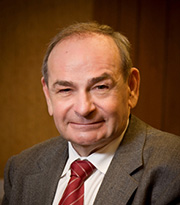 Western Oregon University President John Minahan will step down before the fall term, the school announced Thursday.In a letter addressed to the WOU community, Minahan said he is leaving in part because of health considerations and personal doubt that his drive and stamina
are sufficient to meet the ongoing demands of the position.

“The work of the president, when done well, requires long days and nights and a level of physical energy that I no longer seem to have,” Minahan said in the letter. “Although my health is not terrible, it could be better. In my case at least, the things I did as a young man when I thought I was invincible have caught up to me. I lack the energy to continue non-stop work. I cannot expect the very best of all of you without also demanding the same of myself.”

As president, Minahan guided the school through budget issues early on, including contract negotiations with faculty and staff in 2006. By the fall of 2007, Minahan a

Minahan simultaneously focused on increasing international-student enrollment, which swelled from 59 in 2005 to 298 last year, cresting at 305 in 2008.

Other major changes on campus during Minahan’s tenure included the addition of the Oregon Health Sciences School of Nursing, construction of Ackerman Hall and the Health and Wellness Center, seismic improvements to Campbell and Bellamy halls, and funding for seismic upgrades at Todd Hall.

Minahan said he’s requested that the Oregon University System Board and Chancellor George Pernsteiner consider the appointment of an in-house interim president for a two-year term beginning in September.

“My reasoning for an internal appointment has to do with the many uncertainties relating to OUS governance changes that could be in the works during the next two years and the continuing budget issues facing the state,” Minahan noted. “I don’t think an outsider could get up to speed fast enough to work well in this difficult environment.”

This is the second time Minahan has retired from the school. WOU Associate Provost David McDonald said Minahan retired as Provost in June of 2004. He returned as the interim president in September 2005. In December 2006, OUS named Minahan, then 63 years old, as the school’s president.

“For the general campus or university, I think (the retirement announcement) was a surprise,” McDonald said. “But I think we all realized that he was approaching that point in his career.”

McDonald said he expects Pernsteiner to visit campus sometime in the near future to consult with faculty, staff and students before making a determination on procedures for Minahan’s replacement.

Minahan said that although transitions can be difficult, he feels the timing of his departure will be a manageable one for the school.

“Please know that although there is no good time to leave, this is probably as good a time as any,” Minahan said. “We are financially strong and capable of continuing to grow even in these times. We are capable of dealing with almost any financial challenge coming our way in the next few years.”