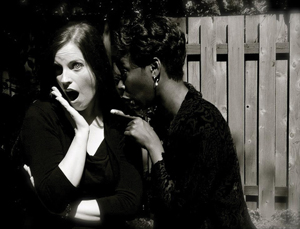 Retirement isn’t for everyone. And after a brief stint at it, Mark Weiss found that it most definitely wasn’t for him. Realizing he had way too much time on his hands as a result this decision, Weiss volunteered to serve on a hospital system board, an economic development board, and other charitable boards. He enjoyed feeling productive with his influx of extra time, but didn’t feel he was making the kind of impact as he had during his career.

Should he return to the corporate world and resume his 17-year-long career with Siemens Power Corporation? No, that would have been all too easy. Instead Weiss took a leap of faith, and accepted the position of executive vice president of finance and administration for Western Oregon University in 2005. This is his first job in higher education. It could be considered kismet that Weiss ended up here. He was living in Washington state at the time, while his daughters attended Willamette University. During a visit to Salem, Weiss’ wife, Meg, noticed a job listing for a finance position at WOU. The job announcement said that someone who could manage and “work with change” was needed. He believed his skills matched the job description. They did—and fast forward six years—Weiss was chosen to step in as interim president, replacing the retiring Dr. John P. Minahan.

That last career transition was something he never expected. The Oregon State Board of Higher Education appointed Weiss to serve as president through June 2013. Weiss is glad he was able to take on this appointment as he has grown to love this campus and all that the university community has to offer. “It’s the best job I’ve ever had; both the finance position and now the presidency.”

Becoming president, let alone working in higher education, was something that hadn’t crossed his mind. But according to Weiss, the most unexpected part of all was the gratitude. “What surprised me most is the appreciation of my colleagues around the university for taking on the challenges of the job. That really surprised me,” he said. “I feel very privileged and honored to have been asked to take this on, but to feel the warmth and generosity from comments I received after being appointed was actually surprising. Mostly because I didn’t grow up in academia and I’ve probably followed the road much less traveled for a university president. I’m glad to be here—and at this point in my career—I couldn’t think of a better place to be.”

Due to financial constraints and budgetary challenges, these are difficult times for anyone to take over such a position. However, Weiss has found that his background in finance and management throughout his entire career has prepared him well for his roles at WOU. “My experience in the corporate world has given me the confidence to trust in my instincts and my intuition. It’s allowed me to make decisions that aren’t necessarily the most popular decisions, but are necessary because they are consistent with the goals and mission of this institution.” For Weiss, whenever he makes a decision it’s the students’ interest that comes to mind first. “How we support our students is the underlying basis for any tough call that needs to be made.”

Weiss uses his own experiences as a college student to maintain his focus and efforts to meet WOU’s mission. He attended a large state university in New Jersey and remembers sitting in classes with hundreds of students. “I simply got lost in that environment,” he said, adding that he’s a first-generation student himself. He recognizes and encourages that a major part of WOU’s focus is to help students find themselves and succeed, being able to move on with their lives and be successful. Weiss appreciates the support systems that WOU offers, such as financial aid, small student-to-faculty ratios, advising, and much more.

Even more than the support, Weiss enjoys being able to talk to students at events. Hearing their stories, the challenges they faced while growing up or continuing in school, is a very rewarding experience for him. He loves being able to attend the variety of events offered on campus from athletic events to theatre performances to the Academic Excellence Showcase.

Despite his 24/7 job, Weiss tries to find time to pursue a few hobbies. He enjoys reading, and ever the “numbers” man, he likes the challenge of trying to understand the math behind the physics used in cosmology theories. He also loves to go fishing. “I don’t seem to be too successful at it though,” he joked. He’s fished with several folks on campus and claims they are usually more successful than he. But this past year, Weiss caught a big one while fishing with Ron DeVolder ’68…the big one he caught, however, was a gift in excess of $2.3 million from Ron and his wife, Norma, and the Lynn Roberts Ramsdell Irrevocable Trust. In honor of this gift, the university’s new science laboratory building will be named the DeVolder Family Science Center.

More good news on the horizon

WOU also received a $250,000 grant from an anonymous donor in support of the construction of the DeVolder Family Science Center. Both gifts will help WOU make significant progress toward funding this necessary building, which is slated to open in time for fall term classes in 2013.

“The DeVolder Family Science Center construction project at Western Oregon University represents an exciting chapter in the annals of institutional history. The increased instructional space and modernized facilities gained by the project will greatly contribute to the quality of student learning and academic preparation at WOU,” said Dr. Steve Taylor, chair of the Division of Natural Sciences and Mathematics and professor of geology.

The current Natural Sciences Building was built in 1969; it is aged and stretched to capacity. WOU has seen an enrollment increase of 23.3 percent since fall 2006, which has led to a corresponding demand for more science courses. Courses related to health care have been the most popular, particularly the expansion of the nursing partnership with OHSU has seen the highest rate of growth. The biology and chemistry courses have seen gains of 43 and 79 percent, respectively. The capacity limits of faculty and lab/class spaces are most felt in the 100- and 200-level courses, which are required for all WOU undergraduates as part of the Liberal Arts Core Curriculum. More than 3,500 students take science courses annually.

The DeVolder Family Science Center, which will be designed to achieve the U.S. Green Building Council’s Leadership in Energy and Environmental Design (LEED) silver certification, will include approximately 21,000 square feet of new space for science programs on campus. It will provide at least six new 1,200 square foot laboratories, in addition to ancillary preparation, storage and office space. This facility will serve the transfer of the entire Chemistry Department and the anatomy-physiology components of the biology program. The remainder of the Biology Department as well as the earth and physical sciences will expand into the remainder of the Natural Science Building.