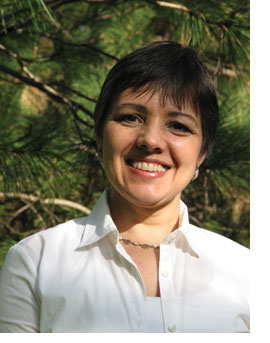 Translating or interpreting between two languages is significantly more challenging than many would expect. The skills necessary in these professions go beyond being bilingual. Dr. Gianna Martella, professor of modern languages at Western Oregon University, said that in addition to language proficiencies, one may need to be well versed in topics such as law and medicine.“Being a native speaker of a language doesn’t make you an articulate speaker or a good writer—nor does being bilingual,” Gianna Martella freely admits.

Martella earned a degree in translation from the University of Uruguay. Translation is a recognized profession in Uruguay and it has serious legal responsibilities. If a translator makes a mistake, they may be held liable for complications that arise from the error, such as incorrect translations of a last will and testament. The coursework to become a certified translator covers both international and Uruguayan law to prepare translators well.

Upon moving to Oregon, some interpreters Martella knew encouraged her to take the exam to become a certified interpreter within the state. “I thought it wouldn’t be too hard to apply what I know about translation into oral interpreting. I learned that it’s very different, they are two completely separate skills.” The year she took the Oregon test, she was the only one who passed out of 33 people.

“Sometimes clients come from small towns and all of a sudden they do something wrong here and they are thrown into this Kafka-like process. They don’t understand the language, or if they do, it’s very little. They don’t know what the laws are and many times don’t understand why they’ve been arrested and taken to jail,” she said. “Court interpreting is not for the faint of heart.”

Another challenge is that many of the legal explanations are difficult to understand, even for a native language speaker. To make it more difficult, add in the culture shock, language difference and the fact that many of Martella’s clients have little education.

The industry itself is also undergoing changes. Within the courts she works for, the availability of interpreters for clients has been limited due to budget cuts. Telephone interpreting has become more common, but it’s often hard to hear the clients, especially if they don’t speak clearly. “It’s a stop-gap measure,” she said.
Martella is also concerned by the number of people who use their children as interpreters while dealing with medical situations. “You can grow up in a home listening to your parents speaking Spanish and having learned English because you grew up here, but that doesn’t make you bilingual or a specialist in legal or medical issues.” It is important to use certified interpreters in these situations.

“Most people have very strange ideas of what being an interpreter and translator entails,” said Martella, adding that a program like this will give those interested in interpreting a chance to test our this career through hands-on classroom opportunities. “It’s good to be able to test to see if you like it, and if you’re prepared to do it at the level and quality that’s necessary.”