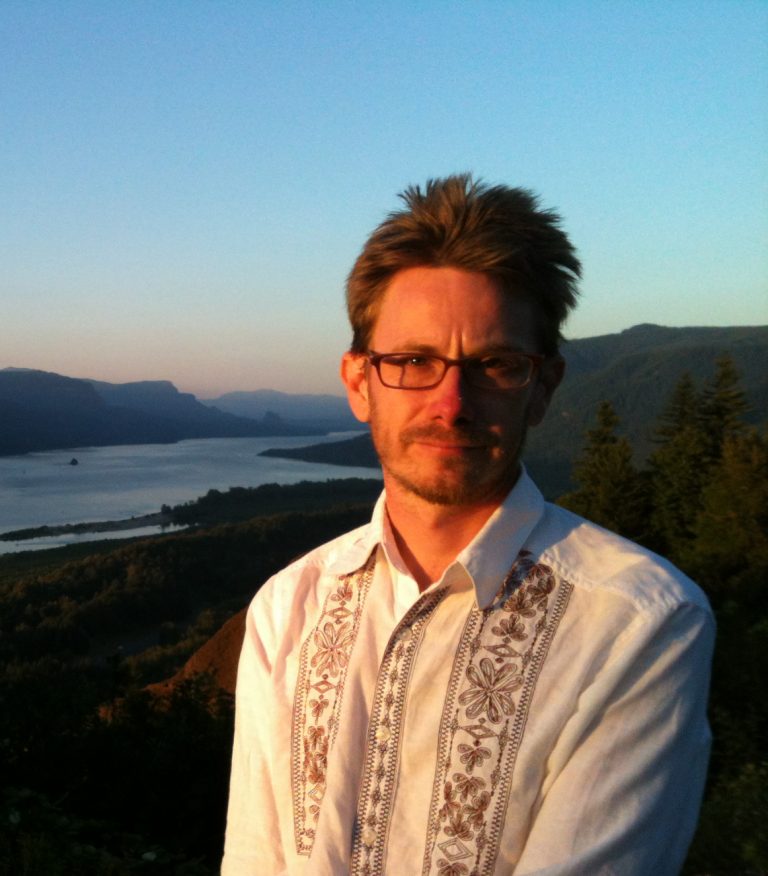 Nearly a year to the day since they arrived from Iran, two young artists are opening their first show at Western Oregon University.

Sahar Fattahi, 30, and her husband, Ahmad Rafiei, 34, won two of the 50,000 “diversity visas” that the state department grants yearly to applicants from countries that aren’t big sources of immigration to the United States.

They’ve spent the year learning about their adopted land, polishing their English and painting in their studio/apartment a few blocks from campus.

“In my painting I want to show the idea that here and everywhere, people are the same,” said Rafiei, as the couple prepared for their show at the Dan and Gail Cannon Gallery of Art.

It opens with a reception from 4:30 to 6 tonight and runs through March 22.

Rafiei has been exploring the contrast between violence and “good things” in his abstract works. One painting shows a globe and a falling fighter jet, both overlaid with a traditional design from Iran. The ambiguous image is as close as he gets to political criticism.

“I think about all people, but when I come to paint, I focus on women’s lives — the lives they have with each other, not with men,” she said. “I have this experience that we all understand the things that are common between us. When we talk about it, men don’t understand.”

The two are neither students nor faculty at WOU. They landed in Monmouth because they knew Professor Hamid Bahari-Kashani from Iran. Since then, they’ve found work and the mentorship of Alfred Maurice, a retired art professor from the University of Illinois at Chicago.

“It’s incredible work,” Booth said. “I feel incredibly lucky we have these two amazing artists who descended on Monmouth.”

The couple also will take part in a show June 6-29 at the Laura Russo Gallery in Portland.

They’re looking forward to becoming U.S. citizens, a milestone that they’ll be eligible for in two more years.