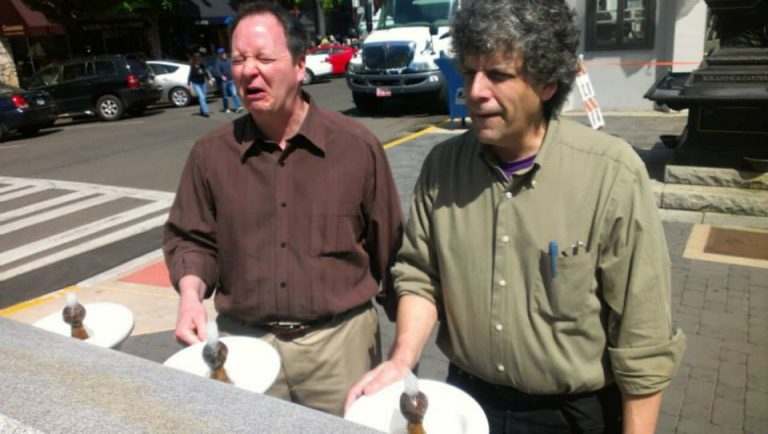 Few stories that people tell about their college days are as terrifying as tales of roommate horrors. Before heading off to my first year away from home, I’d been regaled by many a family friend with story after story of stolen food, vandalized property, and vicious verbal assaults.

Needless to say, by the time roommate sign-up came around, I was so terrified of getting paired up with a person who would give me horror stories of my own to tell, I took the easy way out. I phone a friend from high school and asked to room with her.

I think that both of us were relieved when the other said yes.

But, inevitably freshman year ended and then sophomore year rolled around and I was right back where I’d started. My head was full of stories of awful roommate catastrophes that had happened to all my new college friends, and my friend from high school, who I had roomed with the year before, had decided to live off campus—which was something I wasn’t ready for.

It seemed that I had only delayed my fate of living with a complete stranger, not escaped it.

The summer passed and September came. I made the journey back to school, where I met my new, unknown roommate. I think it came as a surprise to both of us that the other was quite normal.

In someways it was easier living with a friend. We didn’t have to deal with days of awkward acclimation, and we always had a default hang-out buddy on the weekends. However, in some ways it was much easier to live with a stranger. It was easier to confront the stranger over issues in the living space because I didn’t have to worry about hurt feelings interfering with our friendship. There is also a sense of propriety between between strangers that makes you mindful of manners and cleanliness. This distance between strangers actually made the possibility of conflict much lower than my friend year, when I had roomed with a friend. With my friend, after countless sleep overs, we both assumed a familiarity upon move-in day that wasn’t exactly justified. We took boundaries for granted, and stepped on each others toes quite a bit before we realized that we needed to re-draw some lines in our living situation.

So, the question now arises “Should I room with this friend, or take my chances in the roommate lottery?”

I think that while having a friend to at your side when stepping out in new and unfamiliar territory can be comforting, I wouldn’t dismiss the possible good things that can come from starting a year out with someone new and unknown.