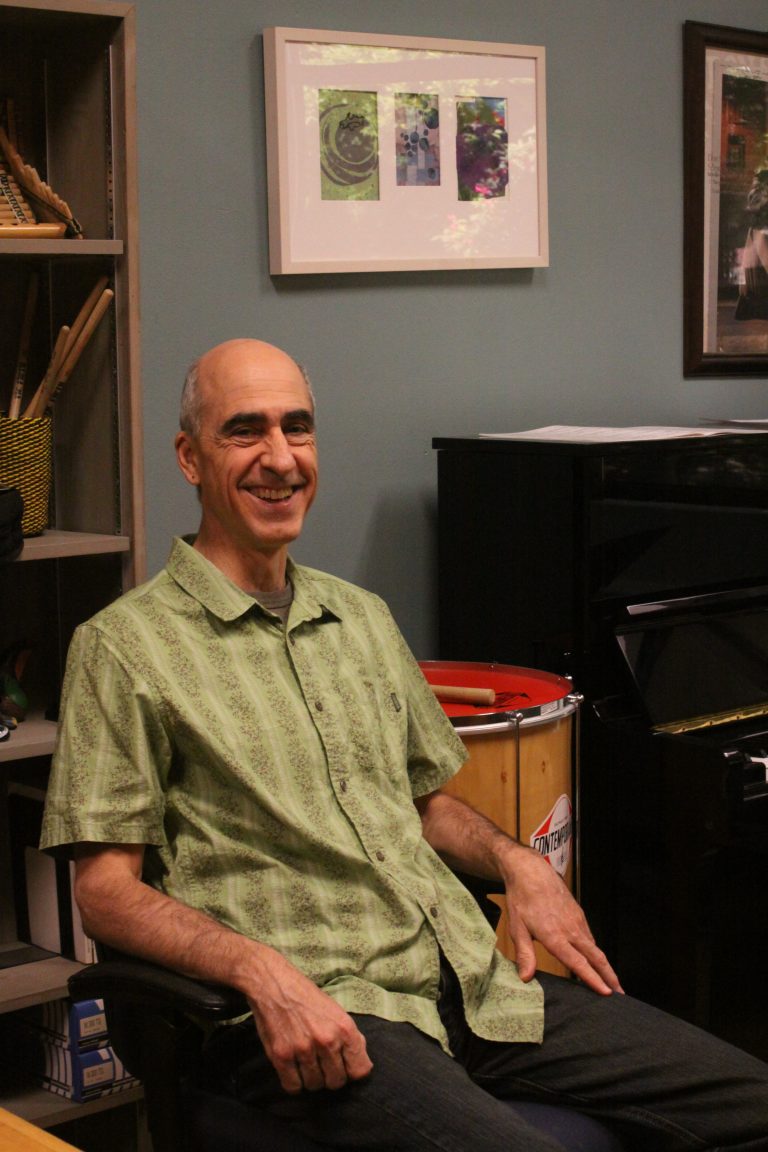 People find inspiration in many places. For Dr. Tom Bergeron, professor of music and this year’s Mario and Alma Pastega Excellence in Scholarship and Creativity award winner, he is nourished by the natural world. When he wants to make music and feel inspired, he gets away from the things that humans make. Bergeron is a well-known musician, with the saxophone his instrument of choice. He began playing the piano at ten years old and discovered early on that a life of music would be exciting so Bergeron followed an academic path and studied music.

A native of New Hampshire, Bergeron moved to Michigan for his master’s work. He didn’t like the flatness of the Midwest so he explored out west and settled in Oregon, where he’s lived since 1981. He earned his doctorate from the University of Oregon, began teaching at Eastern Oregon University before joining WOU in 1990.

At WOU, Bergeron has found a balance between teaching, composing and performing. “One of the amazing things about an academic life is that my passions are my job,” said Bergeron. “I love teaching. I’ve been teaching since I was in high school. My mother was also a teacher, so I grew up with the idea of teaching as a profession, and as a way of contributing to society.”

Bergeron’s performance experiences, including the Brazilian band he’s currently playing with, have played a significant role in his teaching style. “When you encounter someone from far away, and the thing you share is the thing you are both passionate about, you learn from each other, and create that thing together. The only way you would have a relationship together is through that thing. It makes a strong impression, it becomes an important connection,” said Bergeron.

Dr. Keller Coker, professor of music at WOU, is a colleague of Bergeron’s both on campus and often on stage. “Tom Bergeron’s work as a saxophone player, composer, and bandleader is rarely matched in the professional music world. His skills as a performer are well known around the globe, his significant catalog of compositions is filled with pieces in a wide variety of styles of the highest caliber, and the results of his insightful band leading can be heard on numerous recordings and in his frequent live performances. His classes and ensembles are enriched by his considerable professional experience,” said Coker.

Bergeron has discovered that part of his identity as a faculty member is finding ways to pursue his interests and integrating what he’s learned through teaching. One way he’s doing that is with a new WOU ensemble he’s developed called Orchestra Brazil, which allows him to explore music in a way that can only be done with a large ensemble.

“When I perform with students, I treat them as colleagues, with the same sense of respect that we treat each other with in the professional world; and I try to bring my experience to the classroom, so that they might some day have the same opportunities that I’ve had to work in music.”