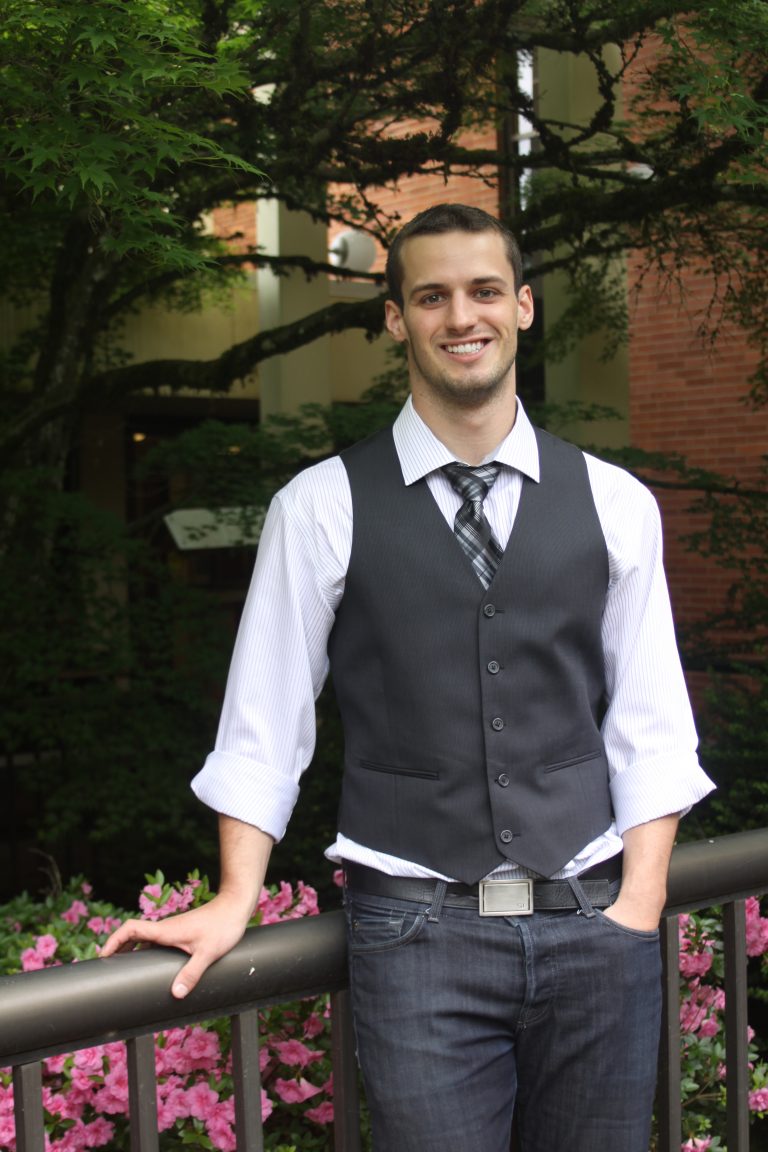 Trevor Roush, this year’s Delmer Dewey award winner for outstanding senior male, just needed someone to give him an opportunity to succeed. That person was Arne Ferguson, Western Oregon University’s head football coach. Coming to WOU from Kirkland, Wash. to play football was the push he needed to figure out his path in life. And with his grandparents living in Dallas, WOU offered him the opportunity to play a sport he loves, explore his passions and academic pursuits, while living near family.

Football helped to shape his college experience, but he was active off the field. A biology major with a minor in chemistry and a member of the Honors Program each year at WOU, Roush plans to attend medical school. But before starting that chapter, he will participate in Teach for America for the next two years in Los Angeles. “Intellectually and academically I thought I had all I needed to be a doctor, but I thought I was lacking in leadership skills, real-world experience and wanted to do some civil service before I began my career.”

Last summer, Roush spent six weeks doing medical work in Kenya as part of a program called Medics to Africa. It was an opportunity for him to understand the challenges people who cannot afford healthcare face. “My experience in Kenya changed me,” he said. “Just meeting the people and experiencing life there, I just felt I needed to always be doing something that was helping other people. I came back home and decided I did not want to go another four years without helping people.”

Not only did the experience make him want to give back to the world, it changed how he viewed the world. “It was a great experience. It’s different there than here. The looks in people’s eyes are different; you can see a hardness you don’t get here. We take many of the luxuries afforded to us for granted. It opened my eyes. Too often, in this country we differentiate ourselves instead of empathizing with our fellow Americans and the struggles they have. But when you go over there and see the people struggling by no fault of their own other than the circumstances of their birth, you realize it’s not hugely different than some people in our own culture. In that regard it changed me because I sympathize and empathize with people in our country who don’t have it as good as I’ve had it, and I feel a duty to help them out,” Roush said.

Roush’s professors have noticed his stellar academic and personal attitudes. Dr. Gavin Keulks, director of the Honors Program, is one such faculty member. “This is a serious young man who is deeply interested in making an impact on the world. It would have been easy for him to be selfish and simply accept the burdensome responsibilities and schedules he has to balance with Honors, football, and bio/chem. Instead, he continues to seek ways to extend and challenge himself.”