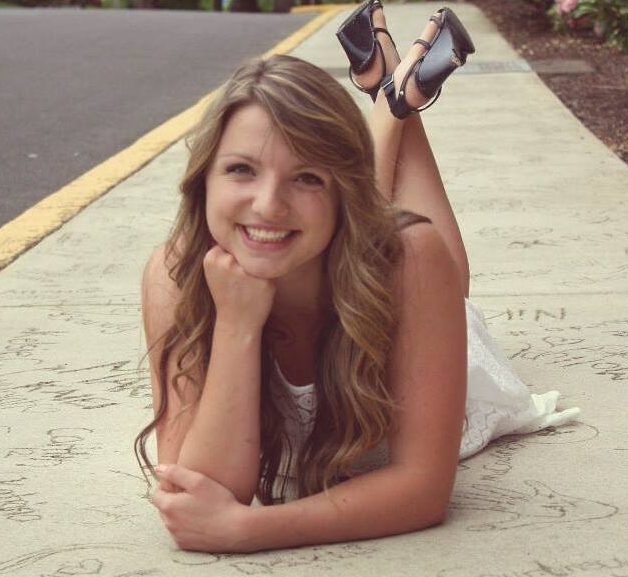 Many of the things I’m about to divulge to the entire internet are things I haven’t told many of my friends. I have been thinking, for awhile, about making this public because I have a story to tell. Mine isn’t the most heart-wrenching story you’re going to hear about a journey through depression, and it has a happier ending than some other’s. I guess if I had to say what I want you to get out of this post, whether depression is something you battle or not, is how real and valid depression is. It isn’t simply feeling sad or having a bad day. I’ve included poems that have yet to be seen by the public, but have helped me find new ways to express myself. Feelings of depression can be crippling, and for those of you out there who battle it like me, my wish is that in this you find hope.

About 13 months ago my sister developed preeclampsia, and had her baby almost two months premature. My niece was born through a Cesarean section and breathing on her own within 20 minutes. My sister, however, had swelling in her brain and spent the subsequent weeks in the hospital. She seemed confused and sick. Around day five, she “woke up” from not having remembered the past five days in the hospital. The one thing I remember her doing is looking at me, my sister who is six years older than me, and asking me if she had been in a coma.

Her, her husband, and my niece moved in with my parents and I after they got out of the hospital. My sister was changed, we didn’t get along, and I wasn’t doing too well with her husband either.

A few months later my mom got a call that her brother was in the hospital. He didn’t know what year it was and, best guess, was stuck somewhere around 1945. A few days later we got the call that everybody was dreading, that he had passed. My uncle had never liked people much, so I’d only met him once in person. We used to write letters back and forth and he would send me puzzles and money on my birthday and Christmas. It was hard to grieve because it almost didn’t seem like it was real: sometimes I still don’t feel like it’s real.

Fast forward to September 16th, when my boyfriend (and best friend) moved back to Singapore, where he was born. He was scheduled to enlist in mandatory army service in January. A few weeks later his enlistment date was pushed back to February, and he started to plan (without my knowledge) a visit back to the United States.

October 12th, my grandmother passed away. I went back to my hometown for that weekend because I wasn’t sure what else I was supposed to do. That weekend was the weekend my sister and I stopped talking, after her fight with my mom which led to shoving and her telling me I would end up a failure just like her because of my parents – my parents, who I love very much and consider to be my best friends.

That’s when I started cutting myself. I had never been one to think about self-harm before, but for some reason in all the emotional pain it felt like something that could make sense. I was very secretive about it, it was getting to be winter so instead of cutting my wrists I cut my thigh, and nobody would ever notice. A few weeks later I started to see a counselor about this behavior and my depression, and stopped cutting-but not before I had started to scar. When I went home for winter break (and was surprised with a visit from my boyfriend) I told my parents and my close friends. When I returned after break, I started taking medication to help with my depression. My counselor, who I still see, has been helping me, but it is a process.

It’s February now – almost March. I haven’t had a conversation with my sister since October, I am still grieving, and my boyfriend leaves today for his real enlistment, which was pushed back a third time to March 12th. I have learned about myself and my tendency to hold things in instead of expressing them, which I think is a big step for anybody struggling with depression. I am lucky to have a great support system of family and friends, and I am also lucky enough to have found outlets in writing and reading to help me process my emotional pain.

I urge anybody struggling with depression to go get help, and understand that how you feel is valid and that it can also be changed. Take your next step to get better, whether it be talking to a friend or making an appointment with a counselor. I guess I don’t have a good way to finish this post, because depression doesn’t just end. It is something I will have to continue to battle and learn about for the rest of my life, but right now I’m winning the battle and that seems good enough for me.

If you are struggling with depression and need information or resources, please see Devin’s post here.

2 comments on “A Personal Look at Depression”