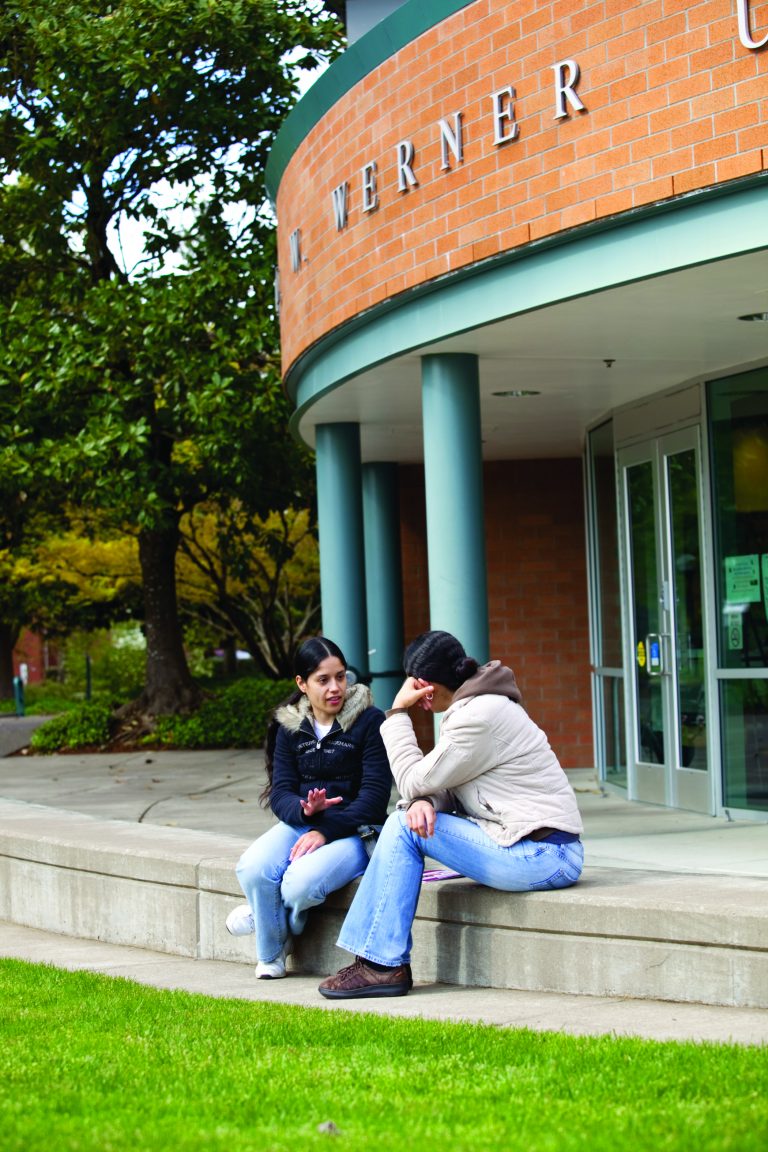 World War II was one of the most devastating wars in modern history. To this very day we still have survivors who remember the terrible tragedies that befell them as if it were yesterday. These events had such an intense impact on history and the world that every year Western Oregon University always discoveries a way to shed a new light on the holocaust.

This year there was a guest speaker named Jeannie Smith who was the daughter of a woman who had a different role in the holocaust. This role was one of a rescuer as well as a victim. Jeannie’s mother lived in Poland with her parents and four other sisters. When Hitler invaded Poland the local school became a hospital and that was where Jeannie’s mother worked at during the early stages of the invasion. Once things started getting worse, the Poland underground military movement started recruiting people to fight back, so she joined the movement and transitioned into living out in the woods and fighting against the Nazi party. Eventually she was found by a group from the Soviet Union and was then beat and raped and taken to the hospital afterwards. Once she improved medically she broke out of the hospital and went to a town to find her Aunt. On the first morning after sleeping a empty house all night she woke up to every Jew in town being rounded up in a “death march” where they were all made to stand around a giant hole and were shot at the same time and left in the hole. At that moment in time she made a vow to help Jews in any way she could. After this happened she proceeded to find her Aunt and the rest of her family all together and intact. Later on her family was separated and she was taken to work in a military base as a cook. Being around the soldiers all the time made it so she overheard any plans that they were planning on doing. So the Jewish friends who were working at the military base, she could warn them before they were taken by the Nazi’s and this allowed them to hide.

One of the plans developed by the Nazi’s was to actually round up all of the Jews that were in hiding as well as the ones that were working around the area. So when an officer took her in as housekeeper for a large mansion, she smuggled 12 of her Jewish friends into the basement. Eventually, the officer discovered the Jews hiding in his basement and he used it to black mail her into being his personal sex object. Then when the Germans began pulling out towards the end of the war she took all of the hiding Jews into the woods and two of the Jews who were married and worried about having a baby actually ended up giving birth in the woods. After the birth of the baby she left to find her family and then was captured and put into a concentration camp. One of the Jews that she smuggled for all those years ended up bringing food to the camp and saw his old rescuer there and proceeded to smuggle her out of the camp. She was taken to a displaced persons camp and interviewed by the United Nations about her experience. She found out that both her parents had been killed in the war and she had no news about her sisters. She then proceeded to immigrate to the United States and moved into a Jewish community where she met the United Nations interviewer and they fell in love and married 6 months later. He was the only one who knew about her life in Europe because she never wanted to talk about it.

After living together for years and having a child, she finally decided to start giving speeches on her experiences and luckily one day a  couple approached her. They said they were traveling to Poland and would be happy to help her find her four sisters the best they could. On their way to the airport when they were heading home they decided to stop into a convenience store and ask one more time. While they were there they ran into a woman who claimed to be one of the sisters. The couple connected Jeannie’s mother with all of her sisters after forty years and she lived her life happy and hole.

This remembrance guest speaker gave me a new side of the holocaust that I had never seen before. I have studied the holocaust and World War II in depth in many history classes and every time I think about it, it always hits a deep and sad spot in my heart that aches for all the wrong done to the people in the war. Speeches and guest speakers like this always touch us in such a way that it makes us want to be the change we want to see in our world now. We always think “I am just one little person, living in Monmouth, OR. What can I do to make a difference?” Well, I think that was the point this speaker was trying to get across. Her mother was just one person and ended up saving 13 people from death or anything worse. We decide what we do in the world and if we want to make change, then that is what we will do.

Gandhi’s famous quote “Be the change you want to see in the world” is the most important message I received from this speech. With this inspiration I intend to be that change as much as I can. There is so much negative in the world, and we need to make the changes to be the positive.