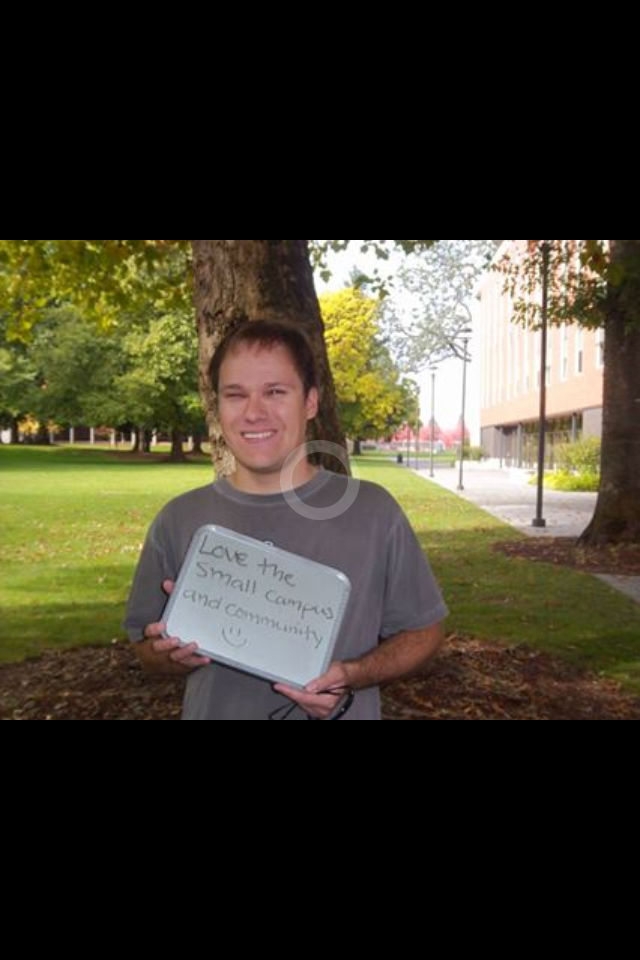 Graduating in just a few short days, Ryan McBee is counting down, ready to jump into his future. His passion in politics, he is graduating with a degree in political science and a minor in communications. He aspires to be an United States Senator. “You can sit at home on the couch and want to change things, but I at least like to know I’m actually doing something and I’m a part of it. I think I have better ideas than the people in office that I could run myself. I’m looking at several different agencies in Portland or some kind of policy making agency would be fine as well.”

He began his journey of college like most others, accepted and touring colleges, and immediately deciding that WOU was the place for him—small campus with a strong community and easy travel. A place where “the professors will know who I am and I’m not some number in a class.” This kind of attention allowed McBee to flourish and find his niche early. He has long been involved in Hall Government and the Residence Hall Association (RHA), a group where he “got to put on programs and the residents enjoyed the programs and that makes it all worth it: knowing you’ve done a good job.” Building that community was very important to him, especially living in Gentle and Butler, both residence halls that can be difficult to be have community. “The group in Butler, there’s now 25-30 of us and I guess that’s something to be proud of. People say it’s difficult to build a community in certain halls on campus. The fact that we did that and we were able to play a card game for two hours last night, was pretty cool. At any point you can walk into the lounge and there’s 10-15 people in there.”

McBee has enjoyed various things during his time at WOU, including some fun electives, such as Law and Pop Culture, bowling, and even superhero movies. As he says about himself with a smile and chuckle, “I’m a little bit of a nerd, history buff, pretty much up for anything. Camping is fun.” He particularly looked up to Mark Henkels, a professor that he took several classes from, interned with, and learned a great deal from. The kind of relationships students can make with professors here at WOU is just one of the many reasons McBee and many others have decided to make WOU their college.

Looking to his future, ten years from now McBee hopes to have his own house, among other things, and to be preparing his campaign for state senate. As of now, he plans to be a republican, “but as a Ryan McBee Republican. What you see is what you get. I’m not going to lie. I think one of my strengths and weaknesses in honesty. I’m going to be honest and open and not lie. I think that’s a politician’s downfall. I’m not going to lie… will I always get elected? Probably not. But at least at the end of the day I can say I did the right thing.”

His honesty and passion will take him far. I hope he can feel successful and satisfied with his career and goals as he progresses through life. He has my vote! Onward and best wishes Ryan McBee!