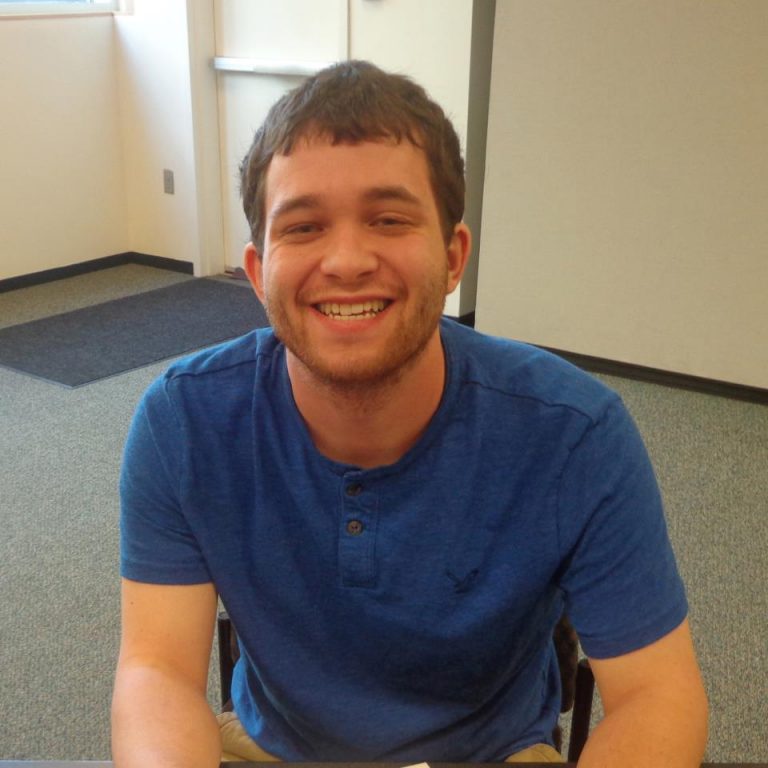 Travis has been an active part of Western’s community for the last four years. From being an RA to ASWOU president—Travis has done it all. He is majoring in Public Policy and Administration, with a concentration in state and federal government, and minoring in Communication Studies. Currently a senior, Travis is preparing for Commencement and enjoying his last few days on campus. Here is a look back on Travis’ many accomplishments and experiences as a Western Oregon student.

Travis comes from Beaverton, Oregon. He first became interested in Western after learning about the close relations between faculty and staff and students. He wanted a more personal and one-on-one experience with his education, and he found WOU to be the perfect place for that. He also was drawn to the many leadership opportunities the campus has to offer.

During his sophomore year of college Travis began work as an RA, or “Residents Assistant”. He was assigned to an all-male hall in Heritage’s Third Christianson. He found being an RA to be such a fun and rewarding experience he continued on with it his junior year. That time he was assigned a coed hall in Heritage’s Second Henkle. The dynamic this time around was a lot more different, being a hall of 20 plus women and only seven males, but the work was no less rewarding. Through being an RA Travis was able to meet and work with new students (first years) who were coming to Western for the first time, as well as meeting some of his closest friends.

After being an RA, Travis then joined PLUS Team, the group that organizes new student week as well as the SOAR programs. Travis wanted to join PLUS Team because “[they] work to get students really excited about Western.”

Make way for the President

The spring of 2013, Travis was elected ASWOU President. He chose to run because he wanted to personalize ASWOU and help serve and accommodate students on campus. After being elected, he wanted to be on a connected level with the students at WOU. Travis wanted them to see him as someone they have a class with, not just “The President”.

Some of his accomplishments as ASWOU President include: setting up the ground work for changes in higher education, getting more resources for the Stonewall center, and working with the institutional courts on a private board system. “I was proud to be a part of laying the foundation for these major changes,” Travis says.

A few of Travis’ favorite memories at WOU include his trip to England where he helped to represent Western and build international relations with Chichester College. He says another to be, “when I was a first year RA during new student week, the gentleman of 2C choreographed a dance to perform at the variety show… it was the first time I was the leader of an organization that I felt like I made an impact on.” He also enjoyed the time he allowed his residents of Second Henkle to pick a new hair color for him when they succeeded in raising their overall GPA. The color decision was bleach blonde (and I personally received the honor of dying Travis’ hair).

Jokingly on Facebook Travis posted, “All I had planned after graduation was to take a nap,” but the former ASWOU president has more to look forward to than that. After graduation, Travis will start working for Marion County as a Judicial Services Specialist in Salem. He is grateful for the opportunity and excited to begin this new chapter of his life.

Travis is an outstand leader, strong voice for the students at WOU, and a good friend. I wish him the best of luck after graduation and look forward to seeing him succeed.