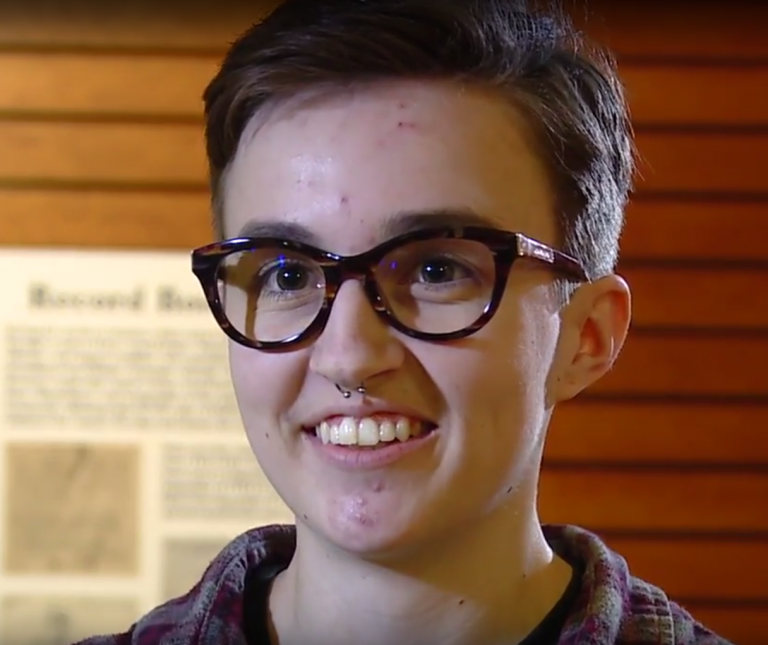 On November 13th New York playwright Rob Urbinati came to Western Oregon to talk to students about his journey to a successful, lucrative and diverse career in the arts.

Urbinati began college as a comparative literature major, a degree that requires the fluency of two languages, but quickly realized it was not the direction he wanted to be heading. He was not sure of what he wanted to do in life, but knew he wanted a career that interested him. Urbinati then made the decision to move to New York, a city that had always fascinated him in his youth.

Once in New York, Rob got a job at the half-price ticket booth in Time Square. Which gave him the opportunity to see a large quantity of plays, where he would sit and mark notes about the productions on notecards for his own enjoyment. His knowledge of popular and up-and-coming plays led him to meeting Arthur Withlaw, who helped Urbinati land a job at Home Box Office.

Rob’s job at HBO, which he stayed with for eight years, was basically an extension of his note taking. Rob however, did not see it as a creative enough career for himself, “I wanted to be an artist, not an observer,” he said. He knew he wanted to work in theater, but was not sure in what way. This helped mold his decision to go back to school and pursue a Masters in Theater. Urbinati’s love for theater and research led to him continue his studies even further at the University of Oregon, where he earned his PhD in Theater, “I don’t think one ever stops learning,” Urbinati says.

After graduate school, Urbinati decided to move back to New York, where he started getting involved in theater again. Some of the best advice he has ever received is, “find affiliated jobs to do.” Which is exactly what he did. He began directing and working on various play productions, “[I] did the leg work,” Urbinati said, and was soon recommended by a friend to write a play. He took the advice and discovered a love and talent for play writing.

From there, Urbinati’s career has flourished. He has directed over sixty different plays and is a well-known, successful playwright. He currently works as the director of New Play Production at Queens Theater, is an artistic director in Houston, and is the literary manager of Private Theater in New York. He loves the way his career has panned out, “there is no separation in my life between my work and what I like to do.”

Some final advice from Urbinati is, “pursue the things you really want to pursue, that give you satisfaction.”

Urbinati described his play “Death by Design,” as a “British comedy, and ‘who done it’ set in the 1930’s.” The play is directed by Ted de Chatelet, and is currently showing at Rice auditorium November 19th-22nd at 7:30pm. Tickets are free for students.