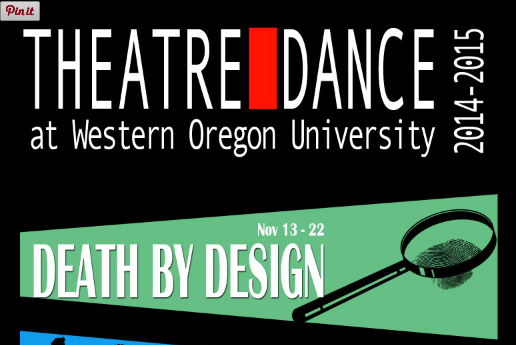 The play is set in the early 1930s in a country house in Cookham, England. Playwright Edward Bennett and his wife, actress Sorel Bennett, have fled London for the weekend after receiving horrible reviews of their latest play in the Daily Press. Bridget, the crabby but warm-hearted maid, tidies up the household while Jack, the charming chauffeur, questions Mr. Bennett about the couple’s latest quarrel. It isn’t long before unusual guests begin to arrive unexpectedly at the house: conservative politician Walter Pierce, fiery young radical Eric, bohemian Victoria Van Roth, and shy, sweet Alice.

As the story continues, the different personalities in the room begin to clash, tempers flare, and the liquor bottles drain. By the end of the first act, a body is found on the the living room sofa. From that point on, clever Bridget questions the cast of characters one by one as the mystery is unfolded for the audience.

Playwright Rob Urbinati fills the show with gunshots, one-liners, an ongoing rhyming gag, and playful banter. Mixing the wit and story plot used by English writers Noel Coward and Agatha Christie, Urbinati has a found a combination that is as interesting as it is amusing. Appropriate for all ages, Death by Design is one murder mystery you don’t want to miss.

Death by Design will be performed November 19-22 at 7:30 PM at Rice Auditorium. Tickets are $12 for general admission, $10 for seniors, and free for WOU students. To purchase tickets, visit the link below.