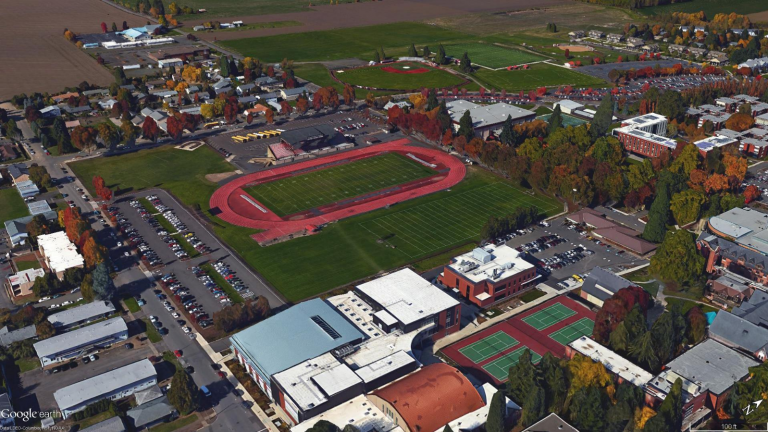 The audience listened intently as students, alumni, and faculty of the LGBTQ community shared their experiences. Inspired by the successful Vagina Monologues, the Coming Out Monologues was an evening to remember –a night full of heart-felt stories and open testimonies about the coming out process. Even WOU President, Mark Weiss came out as a straight ally.

CM Hall, alumni and faculty member, came up with the idea for the production, and was the first individual to take the stage. She told her story about coming out to her friend, Mark, who teaches at Catholic seminary. The support of Mark was very important to Hall, since he had been there for her during challenging times in her life. When Hall came out to Mark, he came through yet again, and expressed his full support.

A couple of individuals shared their stories through poetry. A faculty member, Gregory Zobel shared a poem entitled: I’m Gonna Bury You, which told the tale of his coming out experience and the adversities he faced along the way. One of Zobel’s obstacles was that his parents didn’t meet his partner until the couple had been together for 10 years. Yet, Zobel was able to bury all the judgement through the power of love. Him and his partner have been together now for 22 years. On the other hand, faculty member Kristin Latham was met with acceptance and support from her family when she came out in graduate school. Another faculty member, Patrick Graham provided some comedic relief to the production by telling the audience that when he came out to his mother, he hesitantly told her that he thought he was bisexual, and she replied, “No, honey you’re gay.”

Student Evelyn Garcia shared a monologue entitled: But I Didn’t Come Out. Although her story was short, it surely pulled out the audiences’ heart strings. She talked about how her father grabbed her by the throat because he saw her hug a woman and assumed his daughter was gay. The woman that Garcia hugged was her cheer coach, and it was merely an innocent embrace. Garcia was met with violence, and she hadn’t even told her father that she identifies as pansexual. Another memorably sad story was told by student Sam Stageman, who identifies as asexual. Stageman talked about how many people don’t even believe that asexuality is a real sexual orientation and that he doesn’t feel a sense of belonging in either the straight or gay community.

Although some individuals were not met with kindness during their coming out process, student Alayna Oleksa realized that she was the only person not accepting her sexual orientation. Oleksa was supported by her community, and shared these words: “I was the hardest person to come out to.”

These were just a few of the many touching testimonies that were shared, all of which were powerful narratives of self-love. In the words of professor and audience member, Amy Hammermeister, “Hundreds of people sat entranced as they listened. Not a single phone was seen. A standing ovation. I felt the love and laughter and acceptance.”