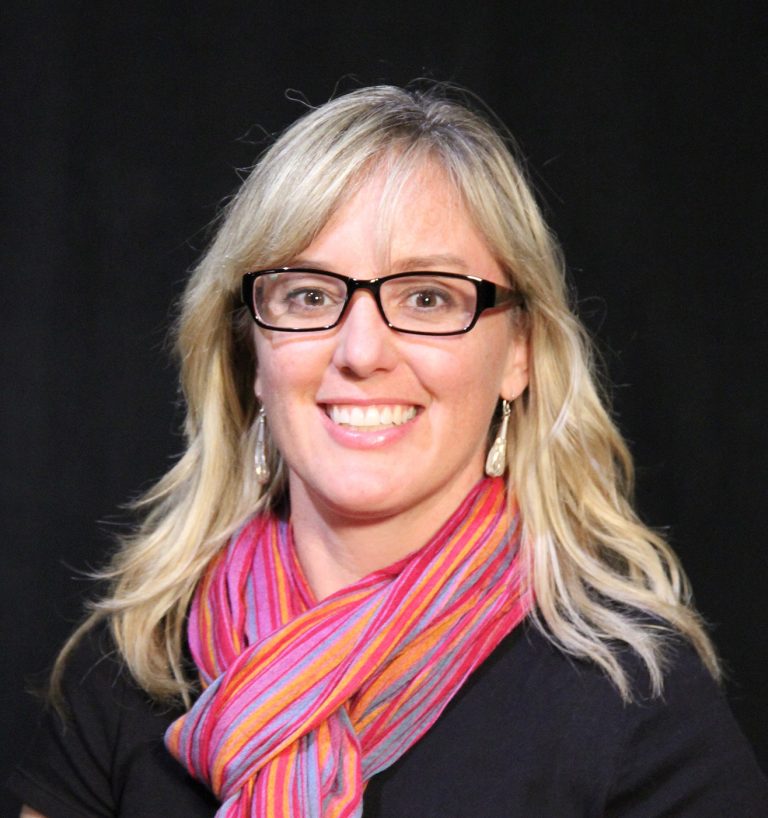 Dr. Shirley Heying, a visiting assistant professor in anthropology, has been teaching at Western Oregon University since Fall 2014. She is an enthusiastic researcher and teacher, eager to instill in her students her passion for studying anthropology. She has already created two new courses for the anthropology department, and she is planning a public presentation about Guatemalan war orphans called “Finding Hope: Guatemalan War Orphans’ Responses to the Long-Term Consequences of Genocide.” The presentation – and her entire career – are the result of her personal experiences volunteering in Guatemala.

Heying grew up in rural Minnesota, unaware that the field of anthropology existed. As a first-generation college student, she studied international business and did not discover anthropology until she took her first class in it as a senior. She wished then that she could change her major, but it was too late. “I was paying for everything myself…but I told myself, ‘OK, maybe in the future,’” she said.

Before investigating graduate school, Heying joined a volunteer organization and was sent to work in a permanent residential home for orphans in the highlands of Guatemala. The two years she spent there dramatically altered her understanding of the world, society, and war. Many of the orphans in the home had lost their parents in an ongoing civil war and genocide of which Heying had previously known nothing. “I had no idea at the time that they sent me that civil war was still going on in Guatemala,” she said. She had ample opportunity, however, to observe the effects of the genocide on the indigenous children, as well as on Guatemalan society. From her observations, questions began to germinate in her mind: “Why is this society the way that it is?” “Why are there different power dynamics?” “How did [these children] not give up?” These were the questions of a graduate student, and after returning to the U.S. and working for several years to pay off her undergraduate student loans, Heying entered graduate school to find the answers.

The war orphans with whom she had worked in Guatemala were the focus of Heying’s graduate research. She wanted to investigate the experiences of child survivors and be able to help other children traumatized by war and genocide. She also wanted to educate students who might go through four years of college as she did without understanding the realities of the world. “I felt so bad for just being so ignorant about Guatemala and what had happened there…and I thought, ‘I’m going to educate students so that they’re never in that position…so that they’re more aware of what’s happening in the world,’” she said.

One step in accomplishing her goals was creating a class called “Children in Genocide” at the University of New Mexico, where she taught before coming to WOU. “Children in Genocide” is a direct result of her experiences, her primary area of research, and her goal to educate students about the world outside the U.S. She will be teaching it at WOU in spring term, and she is eager to see what reception it will find. “It sounds horrible, doesn’t it, ‘Children in Genocide?’” she said. “But students really, really loved that class at the University of New Mexico…I tell students, yes, we see the worst of humanity because we’re talking about genocide…but we also see the best of humanity…such as non-Jewish Germans who took in Jewish children to save them during World War II…I love that class more than anything in the world.” The subject of her spring presentation is similar to “Children in Genocide” but focuses solely on Guatemalan war orphans.

Although “Children in Genocide” is nearest to Heying’s heart, she teaches a number of other upper-division and introductory anthropology courses, as well. She has created two new courses at WOU, one on human rights and the other on Central America.“I love them all, I really do,” she said of the courses she teaches. “It is so much fun and I just love my students.”

Heying makes an effort to establish long-term relationships with her students. “I tell them, ‘I’m a resource for you no matter what. Not just during the term you take a course with me but forever,’” she said. Her office door is usually open, and she is eager to work with students on their resumés or education and career plans.

When asked about her most significant contributions to WOU, Heying answered thoughtfully, “Teaching is absolutely vital. Research is vital so that I keep up-to-date on my knowledge and expertise. But being that resource for students in whatever way, to me that’s so essential. It really is.” In the short time she has taught at WOU, her new courses, her enthusiasm for her research, and her personal interest in her students have established her as a dedicated anthropologist and teacher.