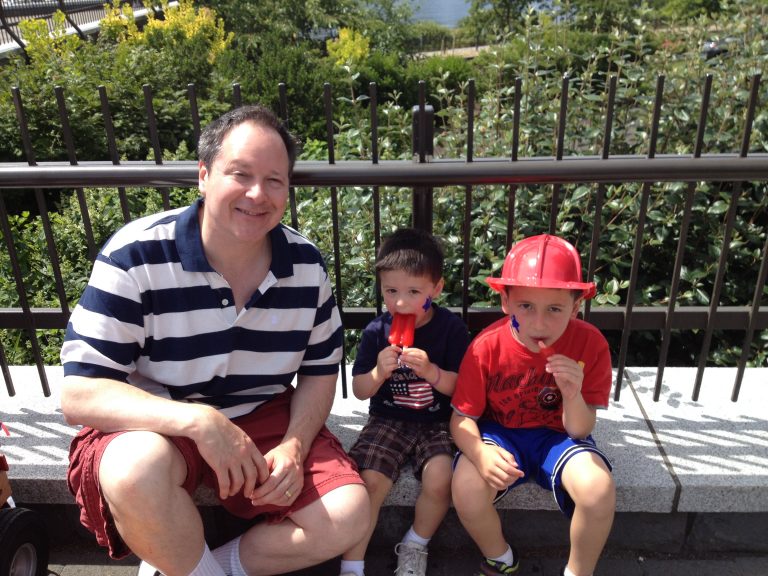 Dr. Gavin Keulks is the director of the Honors Program and a professor of English literature at Western Oregon University. He brings a great deal of enthusiasm to his job, and while he could talk indefinitely about the Honors Program, the classes, and the activities, what he loves most is working with the students. Their motivated, service-oriented attitudes reflect what he wants to see in them – and also what he wants to see in his children. He is the father of two small boys, and he is working to instill in them many of the same values that define the Honors Program.

As the honors advisor for all the students in the program, Keulks strives to get to know each student individually. His office is often open for them to come in and ask advice, debate with him or with each other, or simply chat. Keulks appreciates the personal relationships he develops with his students. “What I really like is working with students who think seriously about themselves and view their life as a journey [with] a meaningful end point that they’re working towards,” he said. They not only set high goals for themselves but also use their time and talents to help others, making their lives “other than a selfish endeavor,” according to Keulks.

The generous spirit that endears honors students to Keulks is something he is trying to foster in his own children. His sons are six and three, too young to be involved with charity work yet, but old enough to understand gratitude and generosity. Every night, Keulks and his wife have the boys say “thankfuls” and “helpfuls” – something they are thankful for and someone they helped during the day. The three-year-old is still mastering the routine, but the six-year-old has been following it faithfully for at least two years. “That very much epitomizes what I hope I can do with my children…that they have gratitude and then they also realize that that’s not enough, that you give back,” said Keulks. He is proud that his sons understand gratitude to be more than a passive feeling: it becomes a motivation to help others.

Keulks is eager for the time when he and his sons can move beyond their simple “thankfuls” and “helpfuls” and begin volunteering together. “When we have a nine-year-old and a six-year-old…both of them could easily go to a soup kitchen or a food bank or something like that,” he said. The charities he would most like his family to support are programs for at-risk youth, such as Friends of the Children. “You can make such an impact on a child, including a negative, horrible impact on a child, when the brain’s still forming….As my children grow older, I want us to be involved in activities that create positive impacts for young children,” he said. One day, as a component of the Honors Program, he hopes to start a local charity for disadvantaged families, involving both his sons and his students in providing food, books, and toys to children in need.

Organizing an Honors Program charity will be a complicated, lengthy process, and one that will have to wait for a few years. For now, Keulks’s children need him at home. “I’m just trying right now to find a way to harmonize my role as a father with my role as a professor,” he said. Even though his two roles often pull him in different directions, they are both reinforced, and rewarded, by the values that his family and his students share: thankfulness, and the motivation to live fully by living generously.