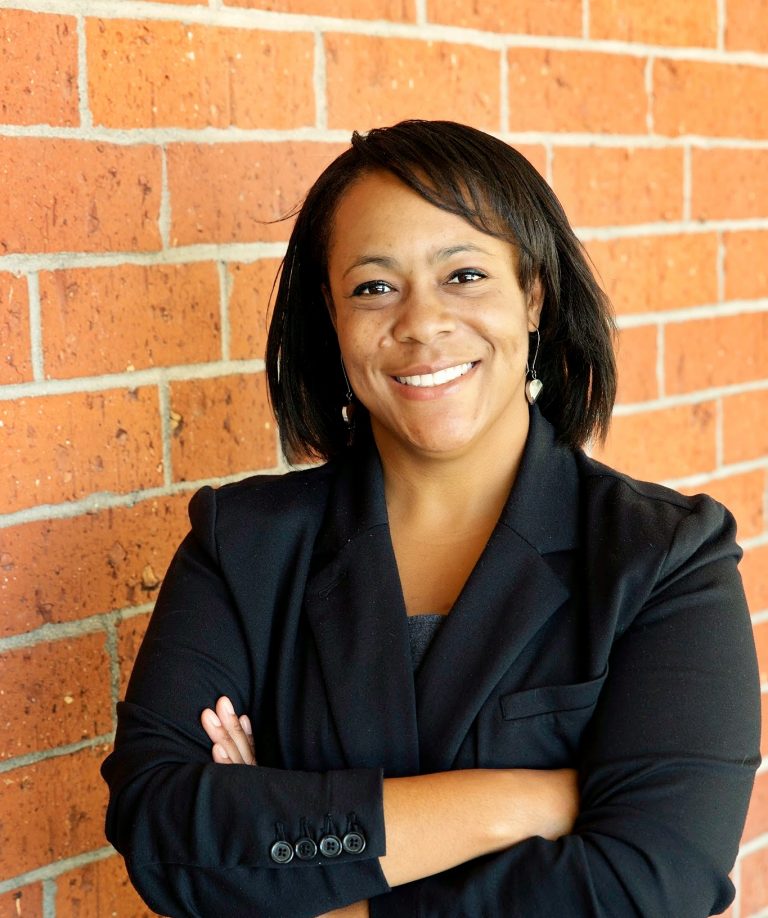 A challenge faced by many in online academic programs is the difficulty in forming deep connections with classmates and faculty. Erica West Oyedele, this year’s Outstanding Graduate Student, said that problem was minimized with Western Oregon University’s master’s in Interpreting Studies. Although students were only on campus during two summers, West Oyedele said they found ways to form lasting bonds through Facebook groups, videoconferences and other avenues.

“In our field we talk a lot about working with other people and communication. It’s always fascinating that this is something we’re supposed to do very well, but it can be difficult to do online.” She said the summer sessions were critical to helping the students connect.

Raised in California, West Oyedele was only vaguely aware of WOU. But when she became an active interpreter in the community, she heard more about the university. She said interpreter studies programs are rare, particularly at the graduate level. West Oyedele knew she wanted to stay in California as she felt rooted in her Sacramento community, but needed to look outside of the state to further her education. WOU’s distance program turned out to be a great fit, and some of her friends who had attended the university spoke highly of it.

West Oyedele is glad she chose WOU. The expectation is that the students in the program work while earning their master’s, so she was able to immediately apply what she learned in WOU classes to the Interpreter Preparation Program classes she’s teaching at American River College. “I like the practical part of it,” she said. As an online program, students were from all over the place, something that she appreciated. She said it encouraged her to travel more to conferences and get involved with the field at the national level.

She didn’t grow up knowing she wanted to be involved in the Deaf community. She had no relatives or close friends who were Deaf, or even fluent in ASL. In fact, it was the combination of trying new things and process of elimination that led her to the field. After taking four years of Spanish in high school, she decided to try a different language in college. ASL caught her eye and she found out that she was good at it.

Meanwhile, West Oyedele tested out a couple of career possibilities. One thing she did know is that she wanted to work with people. Initially she planned to study dentistry, but quickly learned, as a self-professed germaphobe, she “wouldn’t like looking in people’s mouths for a living,” Next, she thought about pursuing physical therapy. “But I didn’t want to touch people all day long,” she said, with a laugh. Ironically, Deaf and interpreting communities can be very close knit and being comfortable with touch is important. It was that closeness that ultimately led her to realize that working as an ASL-English interpreter would be the most-fulfilling career path for me.

After college she began volunteering within the Deaf community to establish herself and find work. West Oyedele found a non-interpreting job that didn’t pay a lot of money, but had a great deal of flexibility which enabled her to volunteer regularly. People were willing to take her under their wing; interpreters worked with her and Deaf individuals invited her to interpret for them.

Through her work and education she has found an area of focus within interpretation: social justice, and the dynamics of power, privilege, and oppression. She explained that Deaf people are a cultural and linguistic minority group and very aware of their experiences as a marginalized community. West Oyedele has particularly focused on interpreter of color communities in her research and brings awareness of social justice issues to her work.