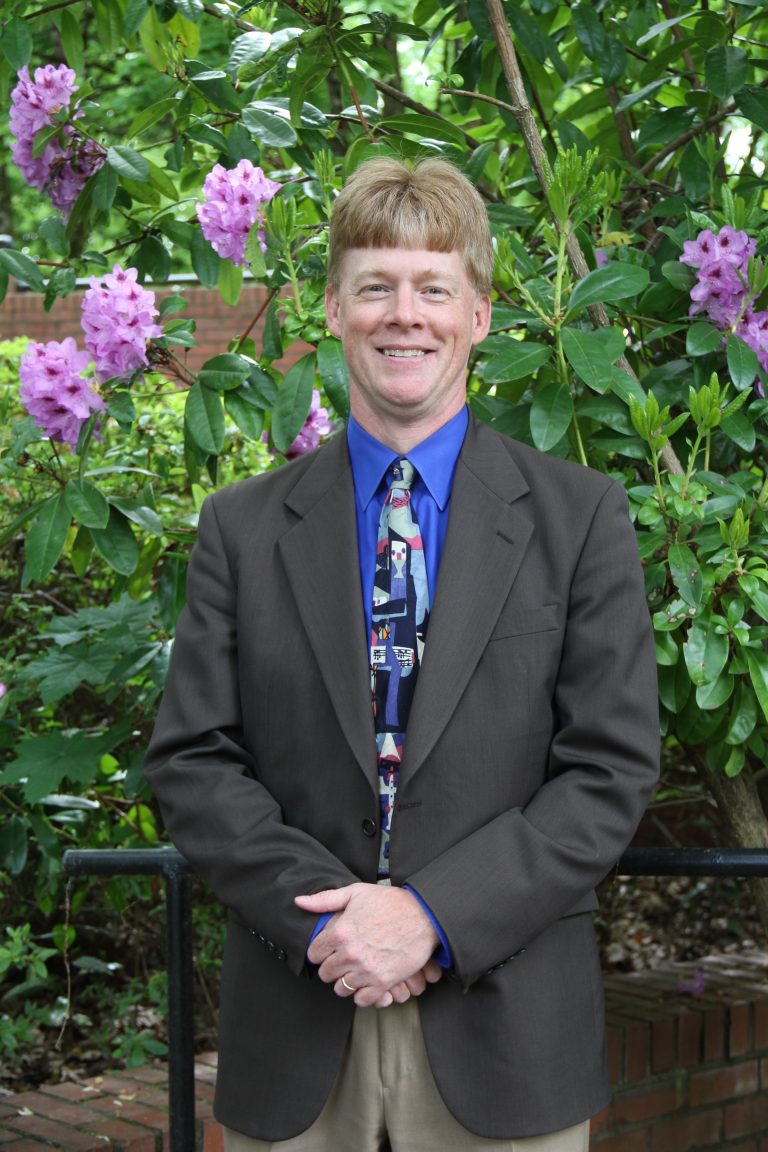 Everyone has a different path to discovering what he or she is passionate about. For Dr. Kevin Walczyk, this year’s Mario and Alma Pastega Excellence in Scholarship Award recipient, he discovered his passion early in his life: music and composition. He began playing the trumpet in 5th grade then added piano in 6th grade.

At this time, one of the formative experiences in Walczyk’s life occurred. He was in a choir class and his teacher thought it would be fun to hold a composition contest. Walczyk hadn’t composed before, but could read music due to his band and piano background and found that skill translated to writing music. He wrote a piece for choir and trumpet. It won the contest and was performed (with him playing the trumpet) at a choir concert. “That experience got me interested in composition simply because it was a fun process to figure out the puzzle of how to write something for people to sing.”

One may think he came from a highly musical family with the early skills he developed, but when asked, he chuckles in reply. While his mother played the piano as a child and appreciated music, Walczyk said his father “doesn’t have a musical bone in his body.” He remembered being in high school and his dad coming to him with a box containing a speaker he wanted installed in his truck. He thought his passion for music had finally inspired his father to appreciate it more. When Walczyk pointed out that there was only one speaker, suggesting he should have two, his father stubbornly replied, “Why do I need two? I’ll only need one to listen to talk radio”. Years later, he still finds humor in that memory and his attempt to make a music-lover of his father.

In high school, Walczyk transcribed many jazz pieces for fun. This was a process of listening to records and writing down the notes of each instrument. He’d then take the transcriptions to school and his band teacher would perform them. By the end of high school he had written 16 arrangements for jazz band and was allowed to write a piece for combined band and strings his senior year. This was the first time in the school’s history there was a full orchestra on stage.

He credits his music educators for encouraging and nurturing him. They understood the importance of performing pieces and if it weren’t for them, he wouldn’t be composing – or teaching – music today. “I like teaching,” Walczyk said. “I like working with students who want to accomplish something. They’ve got that fire, but often don’t know how to apply it. I like to show them how.”

Over the years he has found a good balance between teaching and composing. He focuses on writing music while on summer break. “It’s hard for me to compose during the academic year. Composing requires a lot of continuous hours of focus and it’s hard to do both at once,” he said. Walczyk has collaborated with such organizations as the Oregon Symphony, Seattle Symphony, Czech Philharmonic, Kiev Philharmonic, Chamber Orchestra Kremlin, and numerous wind ensembles and chamber organizations throughout the world.

Walczyk participates in composition residencies on other campuses – usually in conjunction with a performance or premiere of his work. He’s grateful for the recognition his work has received. In addition to numerous residencies across the globe, Walczyk’s recent composition honors include the University of Connecticut’s Sackler Prize, the National Band Association’s William D. Revelli Memorial Band Competition Prize, and nominations for the prestigious Pulitzer Prize and Grameyer Award in music composition.