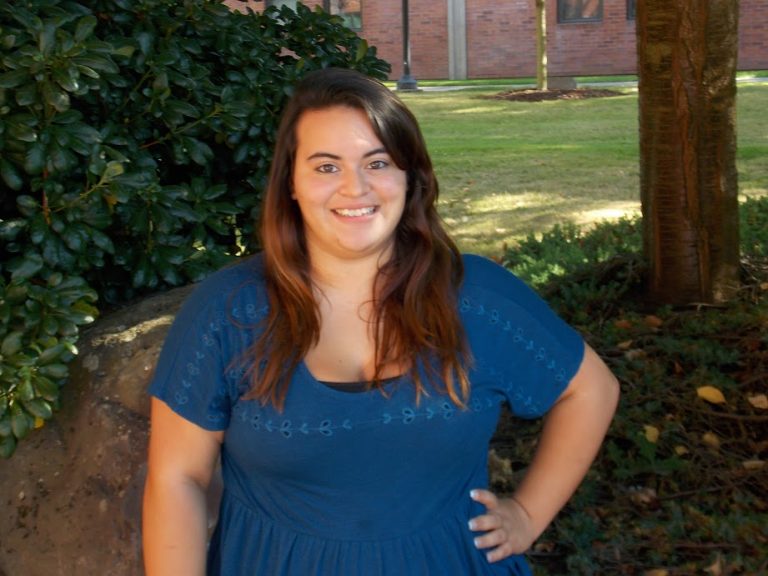 Cheyenne Standing-Elk was raised by the Caucasian side of her family, but she bears the name of her Native American ancestors: the Cheyenne tribe. As the director of the Student Activities Board (SAB), she is one of few Native American students to hold a position of leadership on campus. At Western Oregon University, “You don’t see that many Native Americans, especially ones that have the name of their tribe,” Standing-Elk said with a laugh. She, however, plays a major role in campus-wide events every term.

As the SAB director, Standing-Elk is gaining experience in the career field she wants to pursue: student affairs. She is working on an interdisciplinary degree, focusing on communications, psychology, and sociology. “There’s not really a major for student affairs unless you go and get your master’s,” she explained.

Standing-Elk would like to stay at WOU after graduating if there is a job opening, although she could benefit from the experience of working at a larger school. “I like Western in that it’s smaller and I’ll get to work more directly with students,” she said, but “seeing the kind of budget I could work with in a bigger school…that would just expand my horizons.” Every year, Standing-Elk attends the National Association for Campus Activities, where she has met representatives from schools all over the Northwest. Having seen the “unlimited” funds available to some of them, she would like the opportunity to work in a program with a larger budget.

In the meantime, she enjoys working at WOU. Her primary responsibilities are managing the SAB budget and overseeing the programming board, which organizes and promotes campus events. Standing-Elk assists with marketing, bringing musicians and comedians to perform at WOU, organizing campus traditions such as the Holiday Tree Lighting, and recruiting for SAB. “I think my favorite part is…meeting the new people and also hanging out with the ones who are still involved with the club…and the programming aspect, too,” she said. Her job is a highly social one, involving her in daily interactions with her coworkers and assistants and with the WOU students whose social events she helps to organize.

Surprisingly, the students with whom Standing-Elk has not had a chance to interact are her Native American peers. She once heard about a potential Native American club, which she was interested in joining, but it was never formed. Although the Multicultural Student Union puts on an annual Pow-Wow, Native American students at WOU have no official organization.

Being a minority student has not posed any difficulties for Standing-Elk, however. “If anything, I just don’t want to get asked a lot of questions because I can’t answer them really,” she said. She does not know much about her Native American heritage because her father, who was from the Cheyenne tribe, died when she was very young. His relatives, only a few of whom Standing-Elk has met, live on a reservation in Lame Deer, Montana. Standing-Elk has never been able to afford a visit to the reservation, but she hopes to go once she has a stable career. When she was a child, her mother and grandmother took her to local Pow-Wows to introduce her to Native American culture even though they could not take her all the way to Montana.

Although her Native American heritage has not been a challenge for her at WOU, Standing-Elk is, in her own words, an example of “a chance for someone from a different culture to be a part of going to college.” She realizes that to others, she can be a symbol of opportunity.