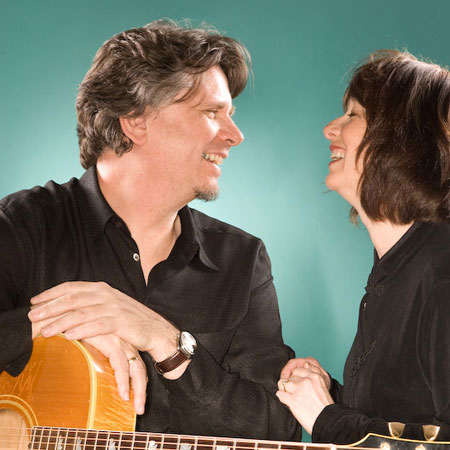 Story published in The Bulletin

Most of the world remembers Quarterflash for their ’80s-era hit “Harden My Heart,” with its aching saxophone leads, and their ’80s style (particularly hairstyles — check out some recent TV interviews with the group).

In this part of the country, the group — centered around husband-and-wife songwriter and singer team Marv and Rindy Ross — is one of Oregon’s quintessential bands. The Rosses have maintained their Oregon roots throughout their career and helped to preserve the state’s history — their rootsy, Americana-based The Trail Band was commissioned in 1991 by the state to tell stories of Oregon Trail immigrants in song.

Marv and Rindy met in a Portland high school and began performing together as students at Western Oregon University in the ’70s. After graduating in 1973, both landed jobs in Central Oregon — Marv at Cascade Junior High, then located on Wall Street in downtown Bend; and Rindy at John Tuck Elementary School in Redmond.

According to Marv, during that time, the couple lived in a bunkhouse on the Hollinshead Ranch on Jones Road — now a museum in Hollinshead Park. They also played in a band at that time called Jones Road (no relation to the current group in Bend that goes by the same name).

Quarterflash called it quits in the early ’90s after a reunion album, 1991’s “Girl in the Wind,” but the Rosses never stopped making music with The Trail Band and other projects. In 2008, the duo resurrected Quarterflash for a new album, “Goodbye Uncle Buzz”; they followed it up five years later with “Love is a Road.”

The Rosses will return to their one-time stomping grounds to kick off the Alive After 5 free concert series Wednesday night.