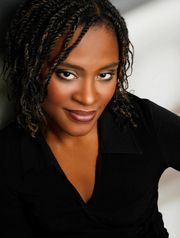 Published in the Statesman Journal
By Tom Mayhall Rastrelli

Lauderdale is the founder of the internationally renown band Pink Martini. He’ll join conductor John Skelton and the Salem Concert Band for a performance of George Gershwin’s beloved “Rhapsody in Blue” at 3 p.m. Nov. 8 and the Historic Elsinore Theatre.

Lauderdale will perform the piano solos that Gershwin played when “Rhapsody” premiered in 1924. Pink Martini is known for combining elements of jazz, classical and folk music. This background gives Lauderdale a unique perspective to interpret the composition. He also will join the concert band to perform Louis Moreau Gottschalk’s “Célèbre Tarantelle.”

The band will set the stage for Lauderdale by performing Gershwin’s “Cuban Overture,” which is dominated by Caribbean rhythms and percussion, and the orchestral suite “Catfish Row” that features arrangements from “Porgy and Bess.” The program will conclude with John Williams’ “Scherzo for Motorcycle and Orchestra,” which was written for the film “Indiana Jones and the Last Crusade.”

Soprano Kurleen Nowickas and baritone Anton Belov will be featured soloists. Nowickas is a native of the island of St. Lucia who recently graduated from Western Oregon University. Belov, a native of Russia and a graduate of the Juilliard Opera Center, teaches music at Linfield College.

‘Pinots of the Caribbean’

This outdoor evening will feature Latin music including selections from the film “Pirates of the Caribbean.” McMinnville composer Kevin Walczyk’s arrangement of “Stardust” will feature Joan Paddock, band director at Linfield College. Soprano Kurleen Nowickas will be the featured vocalist.

Attendees are encouraged to bring lawn chairs or blankets. Wine and beverages will be available for purchase. A boxed, gourmet dinner from Roth’s Fresh Catering is $10 and must be ordered before 3 p.m. Aug. 26.