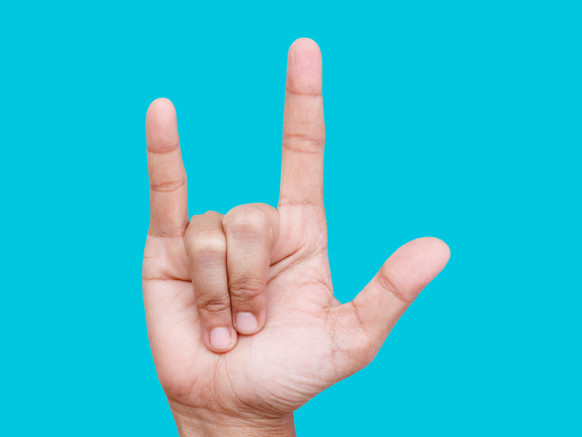 Published in Wired
By Tim Moynihan

EMOJI MIGHT BE one of the fastest-growing communication methods of the digital age, but a lot of people probably think the whole thing is silly.

Yes, there are very creative rebus-like forms of emoji storytelling out there. No doubt, little pictures of hot dogs and airplanes can really spice up those texts and tweets. But canned micro-images generally aren’t as versatile as the written word.

John McWhorter, an American linguist professor at Columbia University, says emoji are not a language on their own, but they make our thoughts more complete. “They add on a part of language that often gets lost in writing, the expressive and personal part,” he says.

So maybe they’re a super-language. Emoji could be the key to a deeper form of communication, one that helps people connect across language barriers and cultural divides. It may seem unnecessarily rigid to make sure you’re using emojis as they were intended, but using them incorrectly can lead to cross-cultural embarrassment. And not only does communicating in symbols transcend culture, it can also celebrate aspects of a certain community.

Take, for example, the “We Want the ‘I Love You’ ASL Handshape Emoji” petition. It was started by Western Oregon University professor C.M. Hall and Oregon Association of the Deaf interim president Chad A. Ludwig. The petition’s goal is simple: To have the American Sign Language (ASL) sign for “I love you” added to a future Unicode emoji set. The open letter atop the petition is directed to the Unicode Consortium, the organization that approves and standardizes additions to the Unicode standard.

“My effort is to work alongside as an ally to oppressed communities,” says Hall, who is not deaf and works as an ASL interpreter. “The deaf community being one that is incredibly marginalized and pathologized… When we insert gestures (in emoji), we are already communicating visually, so why not include the most recognized gesture in ASL? I see it as such a simple, yet profound benchmark of dignity.”

To be sure, there are already plenty of ways to get the same underlying message across. You could use emoji heart shapes, kissy faces, acronyms such as “ilu,” or even—gasp—type out the words manually. And within the world of emoticons—plain-text symbols that don’t have standardized Unicode convert-to-image treatment—there are stand-ins already in use.

“There is an alternate way to communicate ‘I Love You’ by typing _\,,/ or _\m/ or \|../,” says Chad Ludwig. “Or using Marlee Matlin’s Marlee Keyboard app through iTunes. But these alternatives require extra time to express the ‘I love you’ message through text.”

In other words, those options aren’t as universal or aesthetically pleasing as tapping a single emoji keyboard key on your phone. And visibility is key: If the handshape were added to the standard mix of emoji, more people would be aware of its existence or its meaning. That’s the bigger underlying purpose of the project.

“By making this emoji available in the universal emoji list, it would promote its use in the mainstream,” Ludwig explains, adding that the emoji version of the hand gesture should be available in different skin tones. “It would enhance the symbolism of American Sign Language and… (bridge) the Deaf community with the mainstream hearing community.”

Ludwig, who says he was born profoundly deaf, says that the new emoji wouldn’t just connect the Deaf and hearing communities. The handshape is also a symbol of solidarity for Deaf culture. (When referred to as a group, deaf peopleprefer the capitalized “Deaf.”)

In order to accomplish their goal, Hall and Ludwig are following the taco’s lead. Unicode 8, which was released in June, added a taco emoji to the mix after a similar petition spearheaded by Taco Bell gained nearly 33,000 supporters. The ASL petition stands at around 2,400 supporters right now, but Hall and Ludwig have a much bigger target in mind.

“For starters, let’s reach 100,000,” Ludwig says. “Many people use emoji within the Deaf community, because we are a visual language community. We rely on visual information.”

Unicode isn’t all about emoji; the Unicode Consortium also standardizes those thousands and thousands of characters you can form by typing alphanumerical codes into your computer. According to the consortium, Unicode 8 included the addition of hundreds of Sutton SignWriting symbols, a series of handshapes and symbols meant to represent sign language.

But for a number of reasons, that’s not an effective substitute for ASL handshapes, according to Hall and Ludwig.

“Most of these codes are not available or accessible by the standard iPhone or Android text apps,” Hall explains. “We’re asking for common-use emoji options.”

Plus, Ludwig says, “Sutton SignWriting is uncommon. It’s used in written form and it is not universally known within our community. It’s not a language, while American Sign Language is a language, and the ‘I love you’ handshape is associated with ASL.”

Love Is Not Lost

The Unicode Consortium wasn’t able to comment on the timing or the potential of adding the handshape to a future version of Unicode for this story, but the organization is already working on honing down candidates for Unicode 9. From the look of the list so far, the candidates are mostly frivolous additions: Things like selfie icons, avocados, and disco dancers. The next Unicode update is due in the middle of next year, and although there are already close to 40 contenders for the next batch, the consortium’s blog explains that options will move in and out of the mix until that time. In other words, there’s still an opportunity for love.

“This is something simple, and yet, it has real-world applicability,” Hall says. “I could be wrong, but I would guess that more people support love than tacos.”