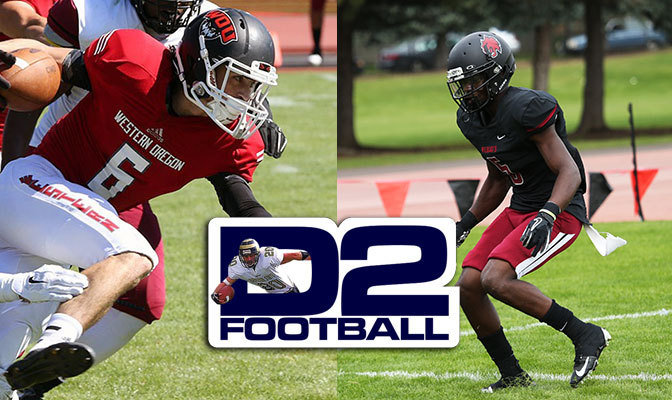 Chaney, of Kelso, Wash., is a three-time All-GNAC selection. He earned first team honors for the Wildcats in 2014 after finishing with 50 tackles, two interceptions and three blocked kicks. He finished with seven tackles, an interception and three pass break-ups in a 36-34 loss at Western Oregon on Sept. 20 and followed that with seven tackles, a tackle for loss and an interception in a 61-34 rout of at South Dakota Mines on Oct. 11. He was also responsible for a safety in the Wildcats’ 40-27 win at Simon Fraser on Nov. 15.

Revis, a native of Scappoose, Ore., was selected to the squad as an all-purpose player. The 2014 GNAC Co-Freshman of the Year, he led the GNAC and finished seventh in Division II with 184.45 all-purpose yards per game. In the return game, Revis finished second in the GNAC and 42nd nationally with an average of 8.8 yards per punt return. He was also second in the GNAC and 70th in Division II with 23 yards per kick return. On offense, Revis led the GNAC with 11 receiving touchdowns and 104.5 receiving yards per game. His 17.1 yards per catch was second among GNAC receivers.

Revis finished with an impressive season-high 303 all-purpose yards in a 36-16 loss at Humboldt State on Sept. 27, which included 171 receiving yards, two touchdowns and five kick returns for 101 yards. He opened his collegiate career with 265 all-purpose yards, including 109 receiving yards, two touchdowns and six kick returns for 129 yards in a close 45-38 loss at Division I-FCS Portland State on Sept. 6.