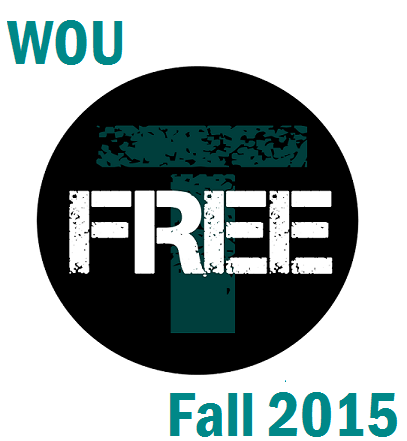 Western Oregon University will become an even safer and healthier place to study and work. As of September 18, campus will become fully tobacco free. This means no one (student, employee or visitor) can use tobacco anywhere on campus, including parking lots and residence hall areas. The City of Monmouth supported this decision and agreed that campus sidewalks will also be tobacco-free zones.

This initiative was created by the Student Health Advisory Committee in 2011. Since then, students have tirelessly dedicated their time since then to gather data, create educational materials and make presentations around campus. Some students even spent nearly all of their time at WOU working on this project. Those behind this movement conducted a great deal of research both on and off campus. They found that as of this year, 1,514 American campuses are smoke-free and two-thirds of those are fully tobacco free. In Oregon, Oregon State University and University of Oregon already had similar policies in place.

Campus feedback was an integral part of this process. The students, employees and community members behind the initiative sought out campus feedback often. Craig Wimmer, assistant director of wellness education, said, “I think because we spent so much time making campus aware of this initiative it didn’t come as a surprise when the policy was formally proposed. He said the group made presentations to numerous campus boards for feedback – and ultimately – support, such as the Residence Hall Association General Assembly, Faculty Senate, Staff Senate, Administrative Support Council. They also held multiple general forums for anyone to attend and voice their opinion.

In order to inform students, faculty, staff and visitors of the policy and offer ways to stop smoking and using tobacco, numerous educational programs will be implemented beginning in the fall. While it is hoped the WOU community will self-police this policy, violators can also be reported to student conduct, Campus Public Safety, or Human Resources depending on their campus status of student, visitor, or employee respectively.