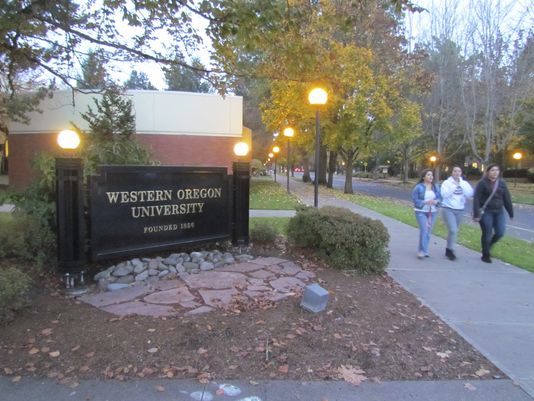 “These students are critical to meeting the high demand for bilingual teachers that exists today and will continue to grow tomorrow,” said Christy Perry, superintendent of Salem-Keizer School District. “We are thrilled that Western Oregon University has once again stepped up to help us better educate our students.”

Oregon, like other states, has a significant shortage of bilingual teachers who are licensed to teach English to Speakers of Other Languages (ESOL).

According to a 2014 Pew Research Center report titled, “A View of the Future through Kindergarten Demographics,” one-in-four kindergartners in Oregon are Hispanic. Oregon’s success in reaching its long-term educational attainment goals is dependent upon its ability to effectively teach all children from all backgrounds, said a recent Western press release.

A key part of the program is the summer employment as classroom tutors and a guarantee that each graduate will be interviewed for a teaching job in their home school district.

The university has received national recognition for excellence for its focus on student learning and success by the Education Trust, US. News and World Report, American Association of State Colleges and Universities, National Association of Academic Advisors, and Parade Magazine. In 2015, Western was recognized by the Education Trust as being a leader in graduating Pell Grant recipients and in 2010 as the top university in America at eliminating the Latino graduation gap.

Currently the program is only offered with the three school districts. Additional scholarship funds are needed in order to expand this program to meet the broader statewide need.

David McDonald, Western associate provost, noted that there are other school districts with the same critical need who want to join this program, but the university needs to raise additional scholarship funds to be able to support expansion.