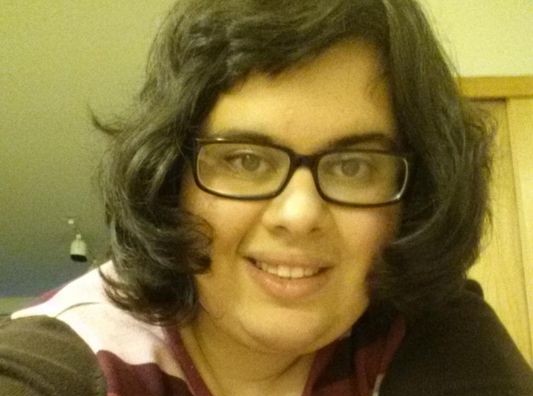 It is a great feeling when I wake up every morning with a big number of positive thoughts, plans and goals in my mind for the future.

In Iraq, it was not safe for people to walk outside their homes. People were leaving their homes only when they wanted to go to work or buy what their families needed, such as food and water.

I am so happy to attend and graduate from WOU. In Iraq, my parents were planning to keep me home instead of going to a university because they did not want me to be outside the house. My father was saying that they were worried that I might not come back.

I am so thankful that this beautiful country, the United States, gave me great opportunities to build my future and start a new life.

When I was waking up every morning in Iraq, all I was thinking about was the daily shootings, the daily fights and the bodies on the streets. I was thinking that I might lose my life at any moment. I saw people getting killed in front of my eyes.

When I moved to the United States, I felt that I was reborn. I became a different person.

It is important for people who live in this beautiful country to be thankful for what this country is providing for them. People can go to their schools or work without expecting that they might get killed at any moment. This beautiful country cares about the safety of its people. People can see their friends at restaurants, parks and other places and have a good time together.

In this country, people can make their dreams come true if they work hard for these dreams. In Iraq, people who work hard and study a lot do not always get what they want. They feel that their efforts will be valued in different places.

Noor Ismael of Salem is a war survivor who moved from Iraq to the United States to find a better life. She can be reached at noor.alkarawi@gmail.com.