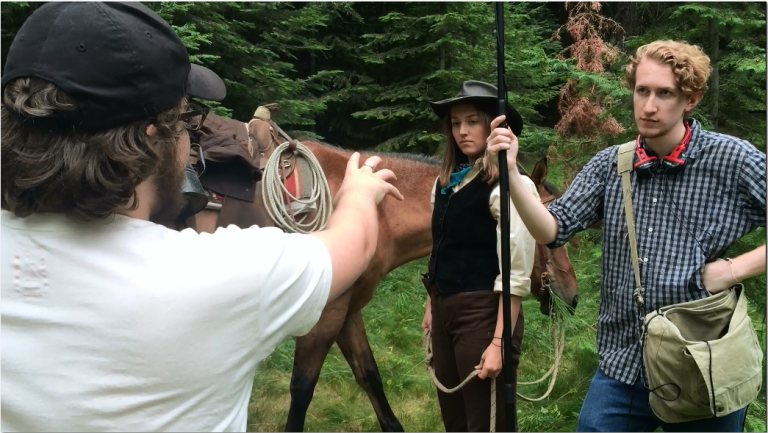 The film studio Body in the Window Seat will be presenting their feature film “Misfortune County” Friday January 29 at 6:15 pm in Hamersly Library, room 107. The film studio is based out of Central Oregon, and was co-founded by WOU students Nathaniel Dunaway, Burke De Boer and Darien Campo. Filmed in Oregon, Misfortune County is written and directed by Nathaniel Dunaway.

“The year is 1900. An assassin known as Lady Vengeance (Paige Scofield) wanders the frontier, exacting revenge on killers who’ve escaped justice. On the hunt for a scoundrel on the lam, she crosses paths with a dead rancher’s bastard son (Burke De Boer), an idealistic Philadelphia dandy (Jim Churchill-Dicks), and an outlaw who steals books (Nate Allen), their lives all converging towards a brutal and bloody showdown in the mountains of Eastern Oregon.”

To learn more on Body in the Window Seat which as co-founded WOU students click here.