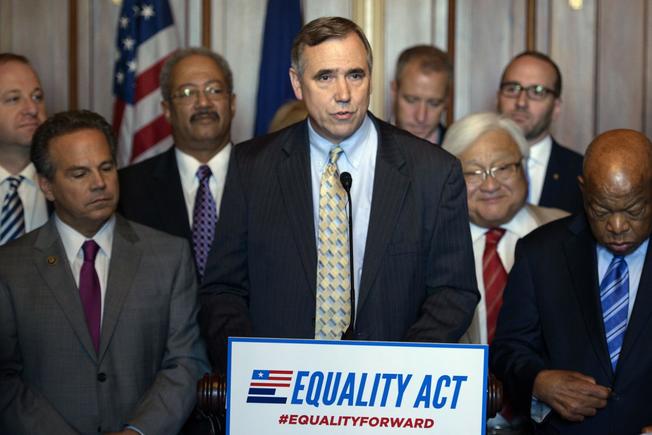 On Friday February 5 Senator Jeff Merkley visited Western Oregon University to discuss the Equality Act. The Equality Act is a bill that was proposed in 2015 that would help protect the LGBT community. Although the Supreme Court legalized same sex marriage in the United States in 2015, there is a struggle still very evident for the equality of the LGBT community when it comes to equality in the work place, housing, federal funding, credit, and juries.

To become law, the bill needs a 60/40 majority vote and with a mostly conservative Republican House of Representatives with focuses elsewhere, there is a still a way to go before hopes of bringing the bill to law. Oregon already has laws in place that prohibit discrimination, and while the United States has the 14th amendment as well as the Civil Rights Act of 1964 and the Employment Non-Discrimination Act, there are currently no laws explicitly protecting peoples of the LGBT community. The Equality act is an update to the Civil Rights Act so that discrimination would be illegal federally.

As stated before there’s a long way to go, but Senator Jeff Merkley has always been one to fight for what’s right and he believes that with the help and support of others the bill could become law in the next five to ten years. There’s now a foot in the door, and a step forward towards gaining equality for all. The focus now on moving forward is with building a coalition, the Equality Act currently has around 20 Fortune 500 endorsements, as well as one Republican backer, which makes the bill officially bipartisan. The next steps are long ones, including lobbying for awareness as well as corporate endorsements, but it’s a battle worth fighting for.

If you or anyone you know in Oregon has faced discrimination in the work place visit Basic Rights Oregon at www.basicrights.org.

To learn more about Jeff Merkley visit his website here.

Miss the event? Catch a video on YouTube or wouTV (videos are closed captioned).