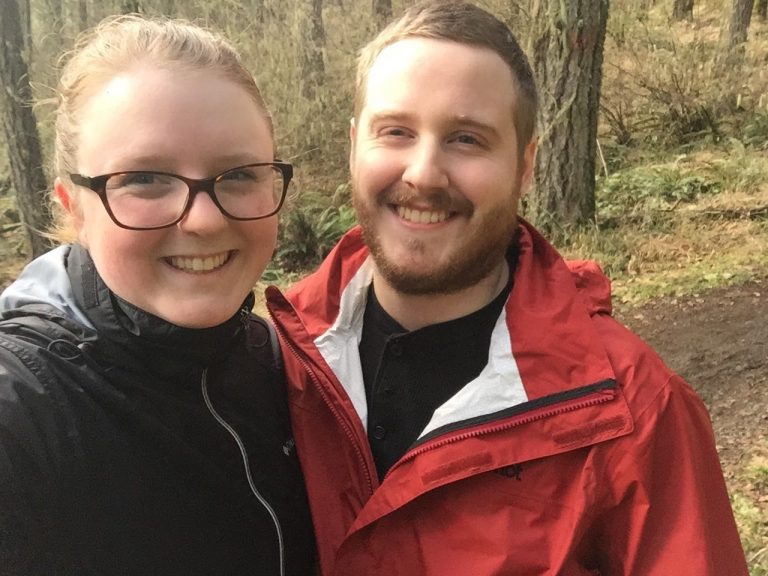 I first heard singer-songwriter Aoife O’Donovan while listening to a track from one of my favorite albums, the Goat Rodeo Sessions. The other musicians playing on the record were powerhouses – Chris Thile on mandolin, Stuart Duncan on violin, Edgar Meyer on bass, and Yo-Yo Ma on cello. I had never heard of O’Donovan, but was captivated by her airy and warm voice. As she and Thile sang a duet, I was amazed, and immediately wanted to cover one of her songs.

My friend Zak Zundel asked me to perform Tom Wait’s “Fish and Bird” in his master’s recital, which O’Donovan had sung with banjo player Noam Pikelny. Not long after, I got my chance to perform her version of “Be Still My Soul,” a hymn, from Dave Douglas’ album Be Still My Soul. After these two performances, I couldn’t wait to see her live, and was surprised to find that she would be touring to the tiny town of Monmouth to promote her new solo album.

O’Donovan presented a master class to the WOU Music Department students on Wednesday, March 2. She began by playing and singing a tune from her new folk record, fingerpicking a melody on her Collings acoustic guitar.

She then answered questions about the music business, practicing, booking agents, etc. She encouraged students to get out and make people care about their music, because “the world doesn’t know about you, nor do they care unless you make the effort.” She explained that she waited until a booking agent came to her, instead of convincing an agent to work for her for hire. Because she has a passionate group of people behind her project, she doesn’t need to pep talk – they are already supportive and excited about her work. Lastly, she told students that “there can’t be a lazy bone in your body.” The music business requires hard work, and one must be willing to put in the effort.

Later that night, O’Donovan and her band performed the music from her new record, In the Magic Hour, which was recorded in Portland, Oregon. The album told the story of O’Donovan’s childhood and grandfather, who had recently passed away. Her lyrics presented images of Ireland, storytelling, and scenes from the country that shaped O’Donovan’s upbringing. O’Donovan explained that the magic hour is the “magic hour after dinner, before the sun has set, and you are playing outside but should probably be in bed.” O’Donovan’s performance was certainly a magical hour at Smith Recital Hall.

To purchase In the Magic Hour as a CD or vinyl, visit her website.