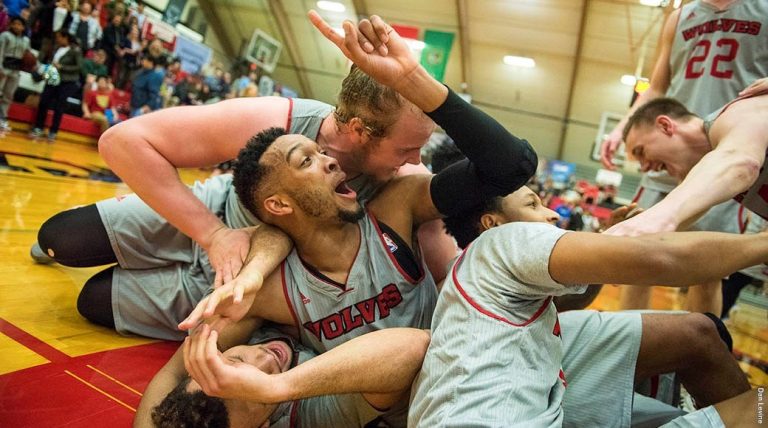 The GNAC regular-season and tournament champion Western Oregon men’s basketball team has been selected as the No. 1 seed and host for the 2016 NCAA Division II West Regional Tournament, which will be held March 11-14 at the New P.E. Building.

The Wolves (27-3) will play their opening round game on Friday, March 11 at 7:30 p.m. Pacific time against CCAA Tournament champion and No. 8 seed Humboldt State (21-8). WOU is making its second consecutive NCAA Tournament appearance, and is playing host to the event for the first time.

The semifinal games will be held on Saturday, March 12 at 5 p.m. and 7:30 p.m., and Monday’s regional championship game will be at 7 p.m. The winner of the West Regional will advance to the NCAA Division II Elite Eight in Frisco, Texas at the Dr. Pepper Arena from March 23 through 26.

All games from the West Regional will feature live stats and video streaming, with links at WOUwolves.com.

Tickets go on sale Wednesday, March 9 at 9 a.m. Pacific time and can be purchased in one of two ways – in person at the New P.E. Building beginning one hour prior to each session or via the WOU Athletic Box Office at 503-838-8917.