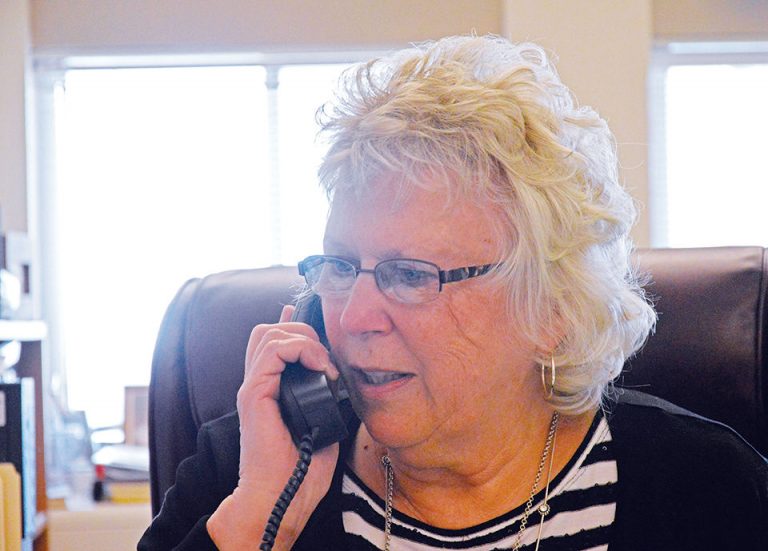 ONTARIO — Nyssa School District Superintendent Janine Weeks is set to retire at the start of July after 39 years in education.

Weeks’ story is one of a lifetime of service to education, one that started when she was in elementary school.

“I found myself doing some type of teaching, either through interactions with my siblings or in second grade with helping other students,” Weeks said.

Junior high and high school at Nyssa proved a time of discovery for Weeks, who temporarily considered going into the medical field until the realization hit: Why not become a teacher?

Weeks attended college in what is now known as Western Oregon University and got the opportunity to teach in Salem for a year in 1971-72. It was her senior year of college, and received two-thirds of a teacher’s salary.

Shortly after graduation, Weeks got married and had a son, after which she and her husband moved to Juntura, where she took a break from teaching.

Weeks returned to her profession after the family moved to Vale in 1976. She took a teaching position at Willowcreek Elementary for a few years until 1979.

That was the year Weeks traveled on a church mission to West Africa, where she taught fifth- and sixth-graders, the majority of whom were children of the missionaries who lived there.

“It was really an interesting experience,” she said. “At the beginning of the school year, I had the kids write a short autobiography about themselves, and the kids had quite the stories to tell.”

Many of the children had traveled much of the world with their parents. It was an eye-opening experience for Weeks, who had just flown on a commercial jet for the first time on her way to Africa.

Upon returning to the United States, she and her family moved to Adrian and Weeks began substitute teaching at the elementary school during the 1980-81 school year. It wasn’t a full-time role, but Weeks said she had a purpose in her substituting.

“Part of me wanted to see how other teachers did it,” she said. “When I subbed, I would follow other people’s lessons plans to see their approach to teaching.”

Weeks wore multiple hats in her first three years with the school district, balancing special education, talented and gifted students, and acting as the district’s Title 1 coordinator and assisting children from low-income families.

Weeks took her first administrative job in 1993-94 when she was selected as principal of Nyssa’s primary school.

“I wanted to be a teacher, but these opportunities were placed before me,” she said. “These experiences were valuable to me because they gave me the chance to get hands-on.”

Upon the other principal’s retirement in 1998, Weeks took over responsibilities for the entire elementary school. That spring, the state dropped a bombshell on the school district: Nyssa had low scores in state testing and was eligible for a comprehensive school reform education grant.

“Once we saw how much our students were struggling, we knew we couldn’t live with this,” Weeks said.

She said the grant helped turn around the elementary school’s performance in three years through reforming and restructuring efforts.

“It was our united effort that brought the change,” Weeks said.

After that effort, Weeks said she was ready for a new challenge. She became the district’s assistant superintendent in 2002.

She held that position until 2010, when she was appointed superintendent.

Weeks said she wasn’t sure when she knew Nyssa was the place where she would put down roots, but she was glad she did.

“It takes a special caring to teach here at Nyssa,” she said. “I’ve been drawn to that, that I want to be part of something that makes a difference with kids.

High school Principal Shawn Jensen, who has worked with Weeks since the 1990s, praised Weeks’ efforts to improve the school district and the dedication has shown to over 39 years in education.

“Any time you have someone with that much experience, you miss them when they go,” he said. “You just miss that history.”

Weeks’ last day is July 1 when newly hired superintendent Jana Iverson will take over the reins.

Story published in the Argus Observer by Hunter Marrow