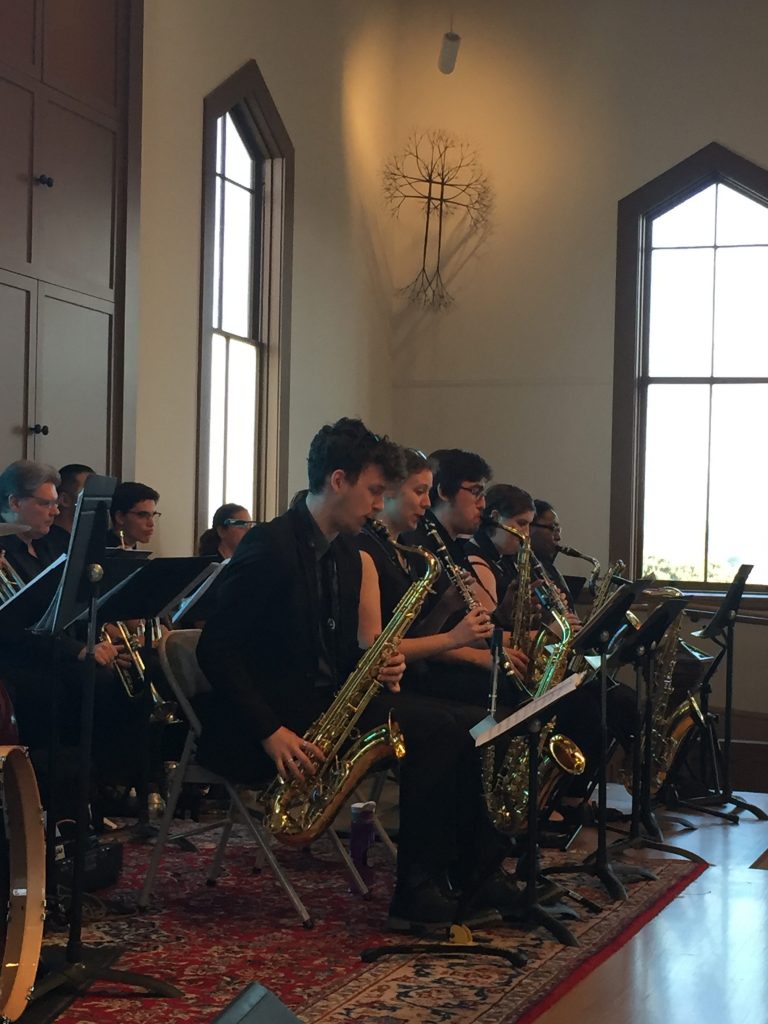 In addition to performing their repertoire, the WHO participated in a workshop with saxophonist and composer Phillip Greenlief. They premiered Greenlief’s piece “Clouds in Motion,” using improvisation as Greenlief directed.

The Western Hemisphere Orchestra’s next performance will take place on June 3, 2016 at 7:30 pm at Rice Auditorium. The show will be featuring Smith Fine Arts Series guest artist and trumpet player Sean Jones. To order tickets for the show, call 503-838-8333. To keep up to date on other WOU Music Department activities, visit their website.