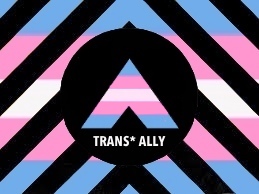 The Associated Students of Western Oregon University (ASWOU) put on a successful week of events for Western Oregon University’s Diversity Week. On Tuesday, April 26, speaker Rhodes Perry came to campus to workshop the event In Solidarity With: Trans Allies as Agents of Social Change. During this workshop he discussed ways to be a better ally for those who identify as transgender, or gender nonconforming.

Since not all students, staff, and community members were able to attend this event, but the message was an extremely important one, we’ve decided to bring the details to you, so you can learn how to be a better ally right from the couch, the passenger seat of a car, or the waiting room.

A definition for transgender (or trans) is someone who does not always (or ever) identify with the sex they were assigned at birth (i.e. deemed female by the doctor due to visible genitalia). A common definition for gender nonconforming is a person who does not always or ever follow stereotypes and societal expectations on how they should dress or act, based on the gender they were assigned at birth. That being said, it is important to keep in mind that these definitions do not encompass everyone who identifies as trans or gender nonconforming, and they do not necessarily define someone’s sexuality, pronouns, or gender expression.

An ally is a friend, support system, and advocate of a person or group of people that is often marginalized in society. They are a socially aware, accepting, knowledge-seeking person who fights for equality. Fighting for equality will not always look the same, and can be presented in many different ways.

Being cisgender means someone personally identifies with the gender assigned to them at birth. (i.e. when born, a doctor assigns you as male based on your genitals, and you have always agreed and identified as male).

Now that we’ve got some basic vocabulary down, lets get into what makes us better allies:

10 components of being a TGNC ally

1. Proactively seek understanding and awareness of the marginalization that transgender and gender non-conforming people face, and advocate for a safer and more affirming world.

3. Take primary responsibility for learning about oppression affecting the lives of trans and gender nonconforming people.

4. Seek out transgender and gender nonconforming people’s perspectives on their own identities, experiences, and needs. Amplify their experiences to a broad audience.

5. Acknowledge your own cisgender privilege and leverage it for the benefit of transgender and gender nonconforming people.

6. Seek to understand the connections between all forms of injustice, and understand how oppressions intersect.

7. Seek understanding and awareness of trans and gender nonconforming lives and experiences, and speak out against injustice directed at them.

8. Take pride in your work without being self-congratulatory.

9. Be receptive to feedback from transgender and gender nonconforming communities, and hold yourself accountable to this feedback.

10. Call out and raise awareness about ignorance, bias, and discrimination toward trans and gender nonconforming people, in both individual instances and broader systems of oppression. 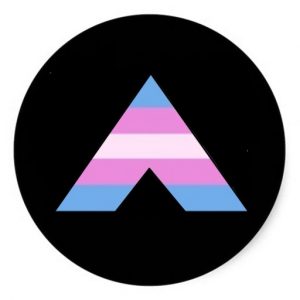 The importance of allies

Being an ally is an incredibly important role in the fight for equality and acceptance among minority groups and underrepresented populations. By using whichever privileges you have (we all have some type/s) to give a voice to those who have been marginalized, you’re making your community and our world a better, safer, more compassionate place. And what could be better than that?

Here on campus we have the Triangle Alliance club, as well as the Stonewall Center if anyone is looking for additional information, resources, or support. For those who have not yet completed Ally 1 or Ally 2 training, Western Oregon University would like to encourage you to do so.

Now that you’ve gotten down some of the basics, as well as some extra resources in the hyperlinks above, you have a great starter kit to become a fantastic ally. So get out there and start supporting and advocating, wolves! After all, the pack sticks together.