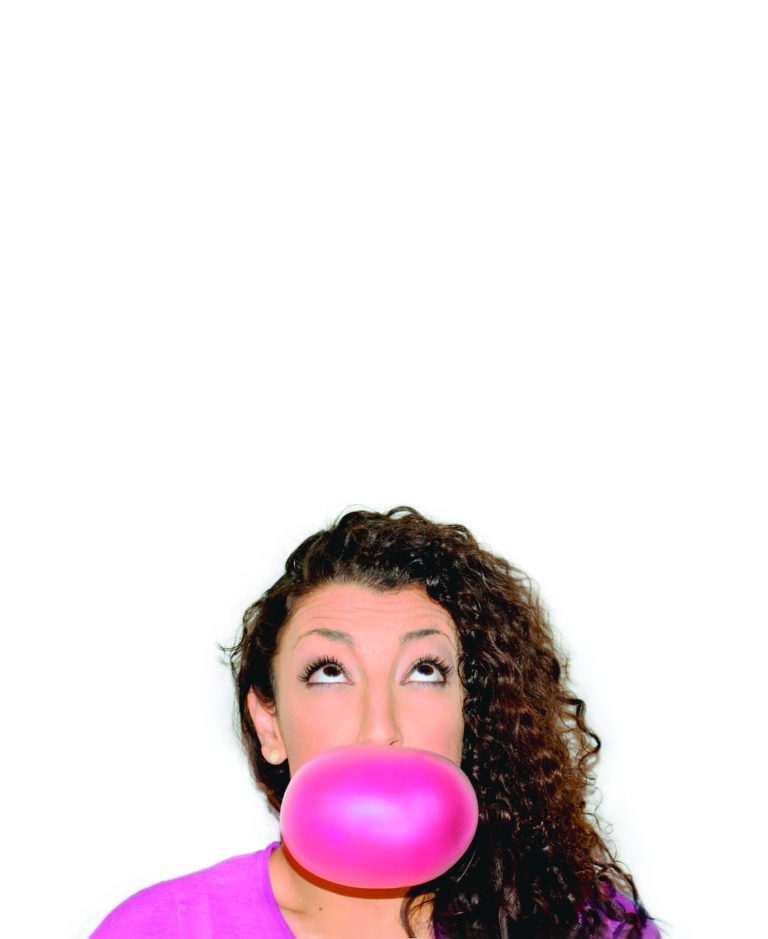 A lot can be accomplished in the few years following graduation. For two Western Oregon University graduates – friends and former roommates of the class of 2012 – it has been an eventful four years. Love, loss, cross-country moves, career growth, personal growth – the accomplishments of Nawwal Moustafa and Sara McIntyre were significant during their time in Monmouth and have continued beyond their college careers.

They met during their freshman year in Dr. Cunningham’s Psych 201 class. Moustafa had just transferred to WOU and recalled they hit it off immediately. McIntyre said with a laugh, “Nawwal was artsy. I was artsy. We were both kind of class clowns. It was great from there. I think one of us did a squirrel impression and from there we became great friends.” Moustafa developed a trust with McIntyre that she hadn’t built with many people. “Sara taught me how to be strong and how to enjoy life,” Moustafa said. The two later became roommates for their junior and senior years.

Following graduation they both moved to the East Coast for a time. Moustafa went to New York City where she taught 6th grade special education in Harlem and McIntyre to the Boston area where she started a graduate program in dance and movement therapy. But personal and medical emergencies brought both women closer to home.

Nawwal
Moustafa is currently teaching English to immigrant and refugee children in Portland. She is also involved in a comedy group doing improv and recently received international attention for a crowdfunding campaign she created on Kickstarter: “Chin Up, Dreamboat!” – an adult coloring book to serve as a creative companion for lesbian break-ups. The fundraising campaign started with a modest goal of $1,200, but after international press coverage in outlets like BuzzFeed, Bustle, and Metro (and a lot of sharing on social media) Moustafa received donations from 260 people totaling more than $7,500.

The idea for the coloring book came to Moustafa at dinner with a friend after having just ended a relationship. “I had felt for a while like I was on the brink of something creative, but couldn’t figure it out.” She had been thinking about the therapeutic value of coloring books and the idea for “Chin Up, Dreamboat!” was born.

“I really recognized the space coloring books create for you to slow down and think,” she said. “As a comic book or other medium I believe the message and relatability would be there, but the great thing about a coloring book is that you need to finish it. This way you aren’t just thinking about someone else’s experience, but reflecting on your own.”

Moustafa was humbled by the support and attention she and the project received. Two surreal moments stood out to her. The first was seeing her project and her own picture on the BuzzFeed homepage, a site she’s followed since college. “

I am a comedian and artist and could have only dreamed that I would be featured on such a website for either of those things,” she said. The second moment was someone from another country expressing that they need this book. “I knew in the beginning that people would think this project was funny, but I didn’t quite estimate how many people would view it as a tool for moving on and healing.”

Someone reached out to Moustafa on social media and told her that she’s helping a lot of people with this project. “Those words were a game changer for me and I realized that something I created was making a difference.” When people use the coloring book, her hope is that people will understand that someone relates to what they’re experiencing.

She hopes people will color and reflect on what went right in their relationship as well as what went wrong – and then begin to move on and leave the bitterness behind. Moustafa also hopes people who aren’t experiencing heartache color in her designs.

Ultimately, this project reflects a personal journey for her – one that heavily involved her time at WOU. She came out as a lesbian during her junior year of college. While in high school, Moustafa was far from ready to be so open about her sexuality, but as an adult teaching high school students she sees many who openly identify as gay or bisexual.

“I am pleased to see this shift and I would tell someone who is grappling with sexuality and coming out that though it might be scary, it is incredibly freeing and you will thank yourself later for giving yourself that voice,” she said. “You’re a dreamboat and it is a privilege to be in your life.” She sums up her experience with the famous adage: “Those who matter don’t mind, and those who mind don’t matter.”

Sara
During college, McIntyre held multiple jobs to help pay her way. One of them was working in a home for people with developmental disabilities. The job was hard, exhausting, and very rewarding. This experience shaped the path she’d take after graduating from WOU with dual bachelor’s degrees in psychology and dance. When she chose these majors based on her interests, she didn’t have a plan of how to combine them. But some searching of career paths led her to dance/movement. As only a handful of colleges offered graduate level training in this area, she applied and was accepted to Lesley University in Cambridge, Mass.

Earlier this year McIntyre was selected to represent the American Dance Therapy Association at Art Advocacy Day in Washington D.C. The organization chose only one student and one professional. Like Moustafa, McIntyre successfully crowdfunded to achieve this goal. She went to D.C. in March to help convince politicians on Capitol Hill that the arts are vital and a worthy recipient of funding. The first day of the trip was a conference filled with workshops and training about the bills and acts that support and fund the arts, as well as facts and statistics about how the government has supported the arts in the past. McIntyre said this part of the experience was challenging because they were given so much information at once. “But more resonated with me than I gave myself credit for,” she said.

The participants were grouped by home states and met with people on Capitol Hill on the second day. “I was talking specifically on a house bill integrating expressive therapies with veterans and their families,” McIntyre said. Music and art therapies are used in this way, but McIntyre lobbied to get dance therapy added. Although she received mixed interest from the staffers she talked with, McIntyre had an experience that stood out for her personally. As a current resident of California, she was assigned to the group that visited Rep. Nancy Pelosi’s office. The staff member McIntyre’s group spoke with was a young woman about the same age as herself. “When I spoke on the importance of dance therapy and working with veterans she was super excited. It didn’t feel like the others paid attention to me, but she talked about how interested Congresswoman Pelosi is about expressive therapies.” McIntyre added, “I felt like I did something right. I made it through to one person. That was a great feeling.”

McIntyre is finishing up her last semester of the dance therapy master’s program. She’s currently living in California doing an internship at Napa State Hospital in an adult male forensic unit. They were all charged with crimes and deemed incompetent to stand trial so they’re placed in hospitals like McIntyre’s to get treatment so they can eventually go back to court.

“They’re gaining coping skills and social skills. All of it aids to their level of competency.

It also offers us more assessment opportunities. Are they doing well? Are they struggling? We see different things come up in different groups.” This work experience has led her to consider social justice issues, such as, “How we jail people? What we decide to jail them for? How we treat them in jail and is jail the appropriate place for some people?”

McIntyre plans to explore how she can get more involved with politics and social justice issues.

We made an oops in the printed version of the Western Edge magazine. Spot what’s missing (hint: the PDF version on the website is fixed) and you’ll be entered to win a $100 WOU Bookstore gift card. Just email your answer to magazine@wou.edu by noon on May 27.

Didn’t get a hard copy? Make sure you’re on the mailing list (or add yourself to it) – just send an email to alumni@wou.edu.