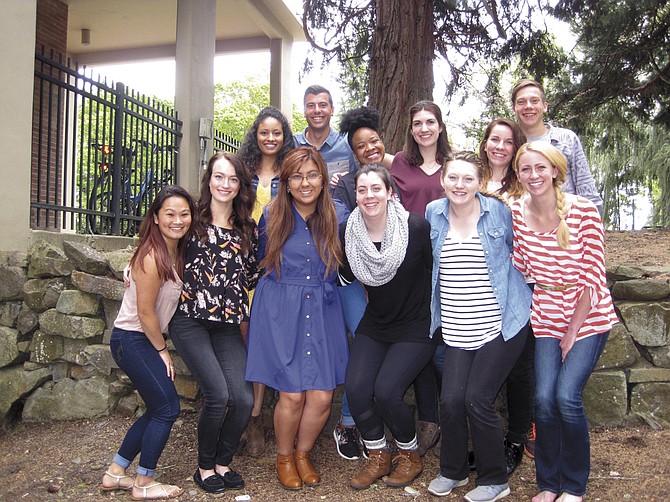 MONMOUTH — Homelessness is difficult to define or quantify, but in the latest report by the Oregon Department of Education, Marion and Polk counties had 1,449 students in the K-12 system who were considered homeless.

Of those, 24 in Polk County were listed as “unsheltered.” In Marion County, 257 were living in a shelter, or going without.

People who are homeless are transients by nature, coming and going where they can find work or a roof over their heads for a night.

Children can get lost in the system, but, thanks to a nonprofit group in Marion County — there are no shelters in Polk County — they don’t go without a birthday party, not if Simply Birthdays can help it.

On Sunday, the class will take over the party at a shelter. Students have been coordinating and planning the event for months. Each party includes games, prizes, goodie bags, cake and ice cream, and presents for each child who has a birthday that month.

“We just found out there would be two kids,” said Amanda Ditzhazy. “At the homeless shelter, there’s a lot of transitioning.”

The class had to raise money and plan activities for the children.

Rather than throw one extravagant birthday party for the lucky May children, Ditzhazy said they will throw a great party and give any leftover money to Simply Birthdays for future celebrations.

Students in Mayhead’s class have taken on another event to plan this term: a summer dance party for all the youth in Polk County, through Nite Court.

“The Nite Court kids actually picked the theme and gave suggestions for what they want to see at the dance: fog machines, strobe lights, a disco ball, glow sticks,” said Nicole Keidel.

The dance, which will be on June 3 at 7 p.m. at the Independence Elks Lodge, will be open to all Polk County students in middle and high school. Nite Court is for students in middle school, but Riley Anhuluk said they wanted to extend the outreach to include more kids.

The chance to plan events that helps the community is something Mayhead’s students enjoy.

“We never would have heard of Simply Birthdays or Nite Court,” said Jenni Bowker. “We can see the difference it makes.”

Anhuluk said Nite Court was originally a partnership between the Monmouth and Independence police departments to combat the gang problem.

“It evolved into giving kids more inspiration to get higher education, and help women realize they can be more than just a wife, they can have a job and have something else to be proud of,” he said.

“Plus they provide supervised activities on Friday nights, which is crucial to at-risk youth,” she said.

It’s the difference these Western students are making in the lives of local youths that make Mayhead’s event planning class unique from other offerings at WOU.

“You don’t find classes that can bring happiness to people,” said David Ribich. “I honestly don’t think of this as a class; it’s a job.”

The class is still raising money for the Summer Nite Club. They have a sponsorship from Mangiare and are looking for more.

To contribute: gofund.me/nitecourt. Presale tickets are $5, available at Monmouth-Independence YMCA, 301 S. Main St., Independence; $8 at the door. Occupancy is limited.