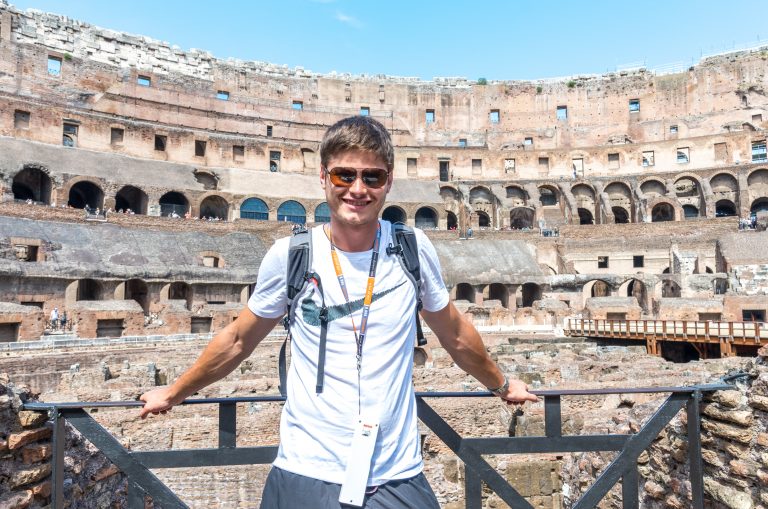 Many move great distances to attend school, but not many in this year’s graduating class traveled as far as Dominik Heidemeyer. Heidemeyer is originally from a small town called Hülm that is on the outskirts of Goch, Germany. He came to Western because it was close to where he ended up living with his wife in Salem. Along with the proximity, WOU also offered the major Heidemeyer was deeply interested in. Heidemeyer said other than just the small class sizes, he felt like the professors were there to help the students succeed.

Heidemeyer has always been fascinated by the human body especially when it was in motion. Applied exercise science seemed like the right fit for him to include his passion into his work. Heidemeyer believes that physical activity is important for not only a healthy body, but a healthy mind. Being able to get active no matter what stage you are at or what you have holding you back can have a huge positive impact on your life.

On top of school, Heidemeyer also did tutoring at both WOU and PCC for his native language, German. He said it was a really nice experience to help people with his language, though he wishes who could have spent some more one on one time with his students. Overall tutoring was a fun experience. Along with tutoring Heidemeyer also volunteered and did a couple of internships in fields that aligned with his major. He said the volunteer work and internships helped him learn new skills while networking with people in his field.

Though the move was far, Heidemeyer said he made the right choice. Though Skype calls with his family it made the distance from home bearable. Along with the support of his wife and his own ambitions Heidemeyer will be graduating this year with a degree in applied exercise science and a minor in human biology. Heidemeyer is hoping to continue his education in the fall by entering a nursing program in the fall with the intent of eventually becoming a family nurse practitioner. Congratulations Dominik Heidemeyer, class of 2016!