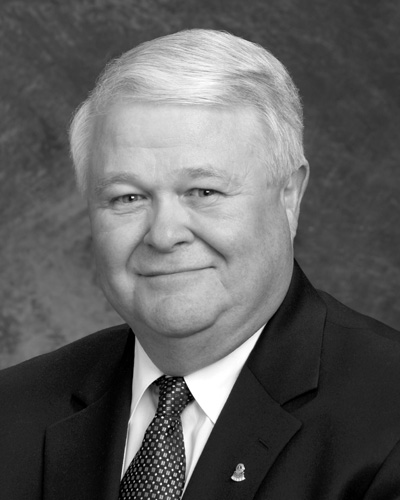 Dennis Tichenor has dedicated his life to serving others. This year’s recipient of the Alumni Award of Excellence, Tichenor has made a lasting impression on the lives of countless children and young adults. He learned that lesson from his parents, who told him, “If you’re going to do anything, give some things back.”

He found that perspective of caring about people helped him feel like he fit in at WOU. “I thought that was the mission at Western. It’s not just about education and classes – it’s about people. I always felt like I was wanted and needed there.”

He joined WOU, then Oregon College of Education, after a couple of years at Portland State University where he was recruited to play football. He lived with his grandmother in the Portland area and decided it was time to get out on his own. Tichenor visited WOU and loved it. “I love the small town atmosphere with quality education. This is the place for me,” he recalled thinking on his visit.

Midway through his time at WOU he was drafted in to the Army. After two years in the service he returned to WOU and thankfully it was as delightful as he remembered. One of Tichenor’s professors suggested he study education. “I never dreamed I would be a teacher. I was very excitable in class,” he said with a laugh.

Tichenor student-taught at South Salem High School as part of his degree requirement, but he noticed that the teacher never came to observe him and was concerned. When Tichenor asked the teacher why he didn’t watch any of the classes Tichenor taught he responded that the teacher interviewed the students and knew exactly what happened in Tichenor’s classroom and he was doing just fine.

After completing his bachelor’s in 1966, Tichenor moved up to North Clackamas because there seemed to be more jobs up there at the time. He substitute taught for a while and the students he taught at Ickes Junior High wrote a letter to their principal asking them to hire Tichenor and they did. After teaching at Ickes he returned to WOU to get a master’s in education, which he completed in 1968.

Tichenor continued to teach for 29 years, including time at Milwaukie Junior High. In his role as an educator he started traveling with his students for school trips. He discovered a new love and decided to leave teaching to start a business in 1995. Tichenor and his wife, Judi, founded Educational Travel Services, Inc., which offers educational trips for students.

“I like to see the awareness of the kids. Their eyes light up at what they see. I like to see what they’re impressed with,” he said. Tichenor is drawn to the educational component of these types of school trips. These trips become a living classroom. Most of the trips are planned for teachers taking their to their students to the East Coast and focus on history. They just opened science-focused trips to Costa Rica, and also have a very active department for music-focused tours.

Tichenor has also volunteered many years for non-profits. His most significant and long-held contributions have been through Lions Clubs International. He’s been a member of the Milwaukie Lions Club since 1967 and moved up the ranks to serve a two-year term as an international director. He also served as chairman of the board for the Lion’s Eye Bank and for Donate Life N.W. Tichenor continues to find ways to give back to the community, including getting re-involved with WOU.

About the award
The Alumni Award of Excellence is awarded each year to an alumnus (living or deceased) for their contributions and services to the university and community as well as for their distinguished work in their profession.