Home » Sports & recreation » Wolves football game vs. HSU to be aired on ASN 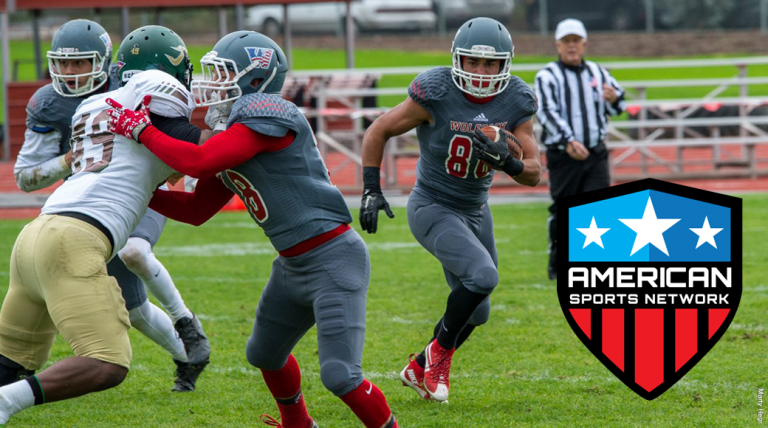 The Western Oregon football team’s Homecoming and Senior Day game against Humboldt State (Oct. 22) has been picked up for a national television broadcast on the American Sports Network as part of the 2016 Division II Football Showcase, the NCAA announced Thursday.

The WOU-HSU game will kick off at 12:30 p.m. at McArthur Field in Monmouth, Ore.

“As President of Western Oregon University, we are thrilled to host a televised game between Humboldt State and Western”, Dr. Rex Fuller said. “The televised game will greatly increase national exposure for NCAA Division II athletics as the audience sees the athletic excellence and school spirit of these fine universities. As a Division II program, we are proud to maintain the spirit of ‘life in the balance’ for our student-athletes.”

This will be the first nationally televised game for the Western Oregon football team in the program’s history.

“We appreciate the opportunity to show case the student-athletes from both Western Oregon University and Humboldt State University, and the brand of football played in the GNAC conference,” WOU Executive Director of Athletics Barbara Dearing said. “We’re excited to be a part of this initiative to expand national television coverage for NCAA Div. II football. HSU is a familiar rival for WOU, and the final outcome is usually determined in the last few plays of the game, thus ensuring a great fan experience. This will be a first for our football program, so our Wolves will be prepared for a competitive game with the Jacks.”

The meeting against the Jacks will be the second of the year between the two schools. The Great Northwest Athletic Conference foes will meet in Arcata, Calif. at the Redwood Bowl on Sept. 24. Humboldt State won the GNAC in 2015 and advanced to the NCAA Division II Super Region 4 playoffs. Last year, HSU won the lone GNAC counter game 29-20 in the opening week of the season.

“We are looking forward to playing an extremely good team in a game that will highlight our program to the entire nation,” WOU football head coach Arne Ferguson said. “We are glad ASN has decided to feature our players, the university, our town and the league.”

The American Sports Network is part of the Sinclair Broadcast Group, one of the largest and most diversified television broadcasting companies in the country. Including pending transactions, the company owns, operates and/or provides services to 173 television stations in 81 markets, broadcasting 484 channels and having affiliations with all the major networks. Sinclair is the leading local news provider in the country, as well as a producer of live sports content. Sinclair’s content is delivered via multiple platforms, including over-the-air, multi-channel video program distributors and digital platforms.