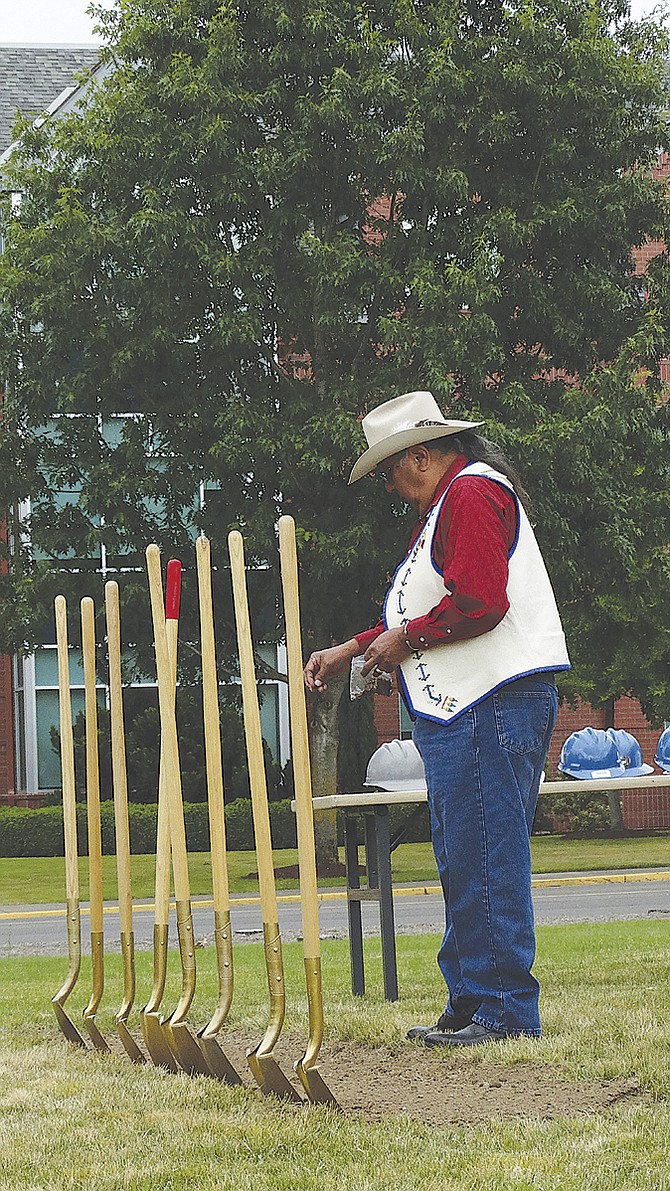 MONMOUTH — Western Oregon University will soon have a new facility for the Student Health and Counseling Center, scheduled for opening in spring 2017. Campus officials held a groundbreaking ceremony Friday, which included a blessing from tribal elder Bob Tom.

The center will be built with increased student tuition fees, but associated student body president Alma Pacheco said it is exactly what the students want.

“The first survey we got 300 responses,” she said. “We got more than 80 percent approval from those students, and we still weren’t sure about the support, so we asked the student body again, to make sure those students were completely sure this project should go on, even though it’s going to cost us a little more money in our tuition. Still, over 70 percent said yes.”

Jaime Silva, director of the center, said the new building will allow him to increase staff for both medical and mental health services.

During the 2015-16 academic year, the center provided 4,257 medical appointments and 4,554 mental health appointments.

“One of the things we’re very excited about with the new facility is we’ll have more space, and plan for future expansion of our staff to provide more services to our students,” Silva said.

The center will re-instate offering reproductive and sexual health services, paid for through federal money as part of the C-Care program, or the Oregon Contraceptive Care program.

Also, Silva announced that the center’s three nurse practitioners are working to become sexual assault examiners, meaning any Western Oregon student who is a victim of sexual assault may be examined on campus instead of traveling to Corvallis or Salem.

The new building will help provide space for these programs.

Pacheco said she was glad university leaders saw the need to build a new center rather than remodel the old one.

“Sometimes we have to share a room, and it’s a bit uncomfortable,” she said.

Bob Tom, Confederated Tribes of Grand Ronde tribal elder, said when Native Americans gather to bless a house, they like to talk seriously about the building and the responsibility of the people in that building.

“You’re not a father until you have a child. When students come into this building, I hope that it becomes a two-way thing; counselors with degrees, it’s great that we have them, but still, they need to continue to grow and learn,” he said.

Tom said once the building is open, he hopes the staff will learn from the students, as well as helping them.

“I hope that once that building’s up, that once in a while they’ll sit down and talk about what this building’s about, and just renew that goal of working for our students,” Tom said.

Check out a video of the event created by WOU’s Digital Production Services.