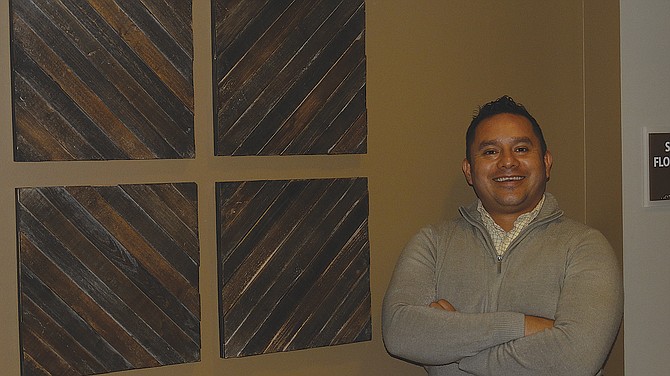 INDEPENDENCE — For three years, the city of Independence has had a community liaison focused on improving connections between government and Latino residents. Community liaisons were filled by interns, until now.

The outreach was so successful, the city hired a full-time community liaison, Erubiel Valladares.

Efforts to include the entire Independence community have been very grassroots, and will continue that way, Valladares said.

“Essentially, I’ll be in the front talking to people and hearing their concerns, but also their opinions,” he said. “If you can tell me things that need to be addressed … if it is something that needs to be brought up to the community as a whole, or brought up to the city council or the respective department heads, they should be aware of it.”

Valladares was born and raised in Queretaro, Mexico, the son of a merchant. The town is rural, and its location made it the perfect place for leaders to meet, making it the Cradle of the Revolution.

“I grew up in dirt — not on a farm, but on the outskirts of the metro from Queretaro,” Valladares said. “Our brick walls and dirt backyards — it was really rural and rustic, and for me, it was fun, playing in the dirt.”

After living in Oregon for 20 years — and working and raising a family here — he considers Oregon his home.

He came to Woodburn at the age of 17, and quickly joined the National Guard.

Valladares didn’t speak a lick of English, but after basic training, his English was much improved — so much so that his high school teachers recommended he apply for the distinctive David S. Brody Scholarship: a full ride to Western Oregon University for bilingual, bicultural students. The scholarship is awarded once a year, Valladares said.

After graduating from Western, Valladares took an interest in getting back to his roots, and worked with nonprofits such as Latinos Unidos Siempre, an organization out of Salem which focuses on coaching and mentoring Latino youths. Afterward, he helped build a community registration with PCUN, Oregon’s farmworker union, Pineros y Campesinos Unidos del Noreste.

Now he’s taking his experience in working with the community to Independence.

“There’s a lot in the Latino culture,” Valladares said. “I can understand why it’s a challenge to reach out to them. I’m not here to tell them what to do. I’m here to help give them the tools so they can come out and participate.”

Valladares said he hopes to show people, particularly those in the Latino community, how to get involved in everything from planning commission to organizing events. He even hopes to get some volunteers to cook for the fire department.

Even something as simple as giving an hour to read to children in Spanish can be helpful, Valladares said.

“When you have someone that’s native from Mexico, and they want to help with the language, we have the schools, we have the library, there’s lots of things we can do, it’s just a matter of ideas and who can participate,” he said.