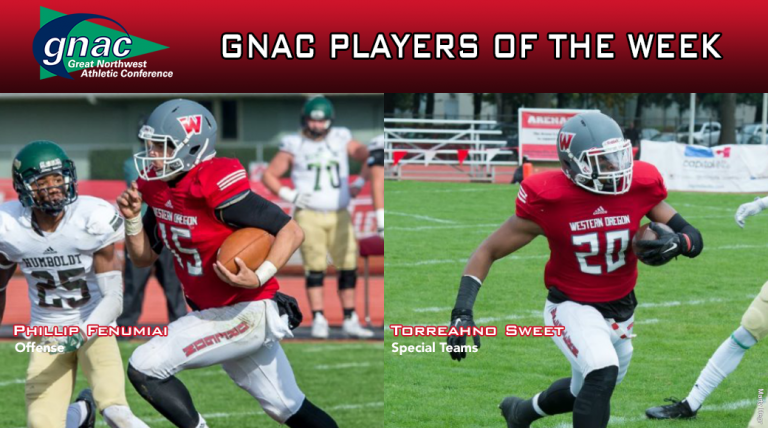 No matter the situation, Western Oregon University quarterback Phillip Fenumiai of Juneau goes all out on the football field.

His effort isn’t dictated by the scoreboard.

So when the Wolves trailed Humboldt State by three touchdowns in the second half he just kept playing.

In the end, Fenumiai didn’t get the win. But he gained respect with his teammates, and sometimes that is more special.

The junior quarterback had four touchdowns and compiled 445 yards of total offense in a 42-37 loss on homecoming night in Monmouth, Oregon.

“I really would trade all those stats for a win,” he told me. “That’s all I care about is getting a W.”

Fenumiai, of Juneau-Douglas High fame, completed 22-of-40 passes for 300 yards and three scores, including a 68-yarder. He also rushed 15 times for 145 yards, including a 73-yard scoring run.

“I was fortunate enough to break off some runs because the middle of the field was open and receivers did a hell of a job blocking down field,” he said. “My offensive line has really come together and is allowing time for me to make throws and create running lanes.”

He led Western Oregon on four scoring drives in the second half as the Wolves kept batting despite facing deficits of 28-9 and 42-16.

For as well as he played, Fenumiai still found faults in his game and believes he could play better.

“I missed some pretty key throws that I wish I could get back because those would have been a momentum changer,” he said. “I need to dial it in during practice and make sure I’m precise with all my throws.”

Fenumiai arrived at Western Oregon as a tight end. He moved to quarterback last year but was still a work in progress. This year he has emerged as the total package.

His completion percentage has improved from 47 to 53 in the last year and his all-purpose yardage total has increased from 951 in 11 games to 1,697 in eight games.

“I have my QB coach Trey Shimabukuro to thank for getting me where I’m at as far as developing more as a QB,” Fenumiai said. “We’ve put in hours of work, whether it’s actually getting on the field and throwing or in the film room studying, and getting to know the offense like the back of my hand.”

Torreahno Sweet, Western Oregon University’s kickoff runner, was also named GNAC Player of the Week. Read about both of them here.