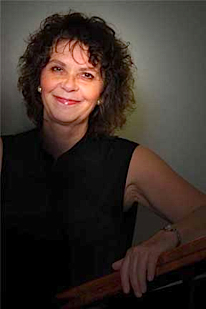 Musicians and music teachers learned about combating performance anxiety on Saturday during a workshop with Dr. Diane Baxter.

Baxter is a Professor of Music at Western Oregon University and has performed all over the world. The free public workshop in Hermiston was made possible by the Oregon Music Teachers Associations and Oregon Community Foundation.

Baxter told the group that everyone knows playing a piece of music — or doing anything else, for that matter — is more difficult with an audience.

“You hear that all the time as a teacher, ‘You made me nervous!’” Baxter said.

That nervousness has a measurable effect. The performer’s palms get sweaty, their mouth gets dry, their thoughts spiral into a pattern of “What was I thinking? I can’t do this!”

A person’s fine motor skills begin to deteriorate with a heart rate of 115 beats per minute, Baxter said. And their body goes into “fight or flight” mode when they are nervous and their heart rate rises to 200 beats per minute. That’s why piano students often find during a recital that their fingers, so sure in practice, suddenly feel slow and strange.

To slow down the heart rate and keep plenty of oxygen flowing to the brain, Baxter taught the group breathing exercises they could teach their students to use while waiting for their turn to perform.

She also taught that the way students practice has a lot to do with their performance.

“The better your focus, the stronger the neural lock-in and the greater your chances are to recall what you need in times of performance,” she said.

Baxter shared a variety of psychological research about practice and focus, including the fact that once someone attempts to multi-task, it takes them 10 to 15 minutes to become fully absorbed back into what they were originally doing. That means if a music student has half an hour of practice time but checks a text on their phone three or four times during the practice, they never hit that optimal level of focus that helps lock in the skills they need to perform the piece under pressure.

She pointed out students tend to practice, practice, practice until they played a tricky section right and then move on to the next section or piece immediately. The problem with that is they practiced the wrong way many times and the right way only once.

Baxter also encouraged music teachers to record their students practicing and ask them to watch it back. It can help a student note problems such as poor posture or an uneven tempo.

Baxter said even though she has been playing the piano most of her life she still goes to music seminars as a student and seeks out mentorship from world-class musicians. She said still being a student sometimes can really help music teachers put themselves in their students’ shoes and know what helps them and what doesn’t.