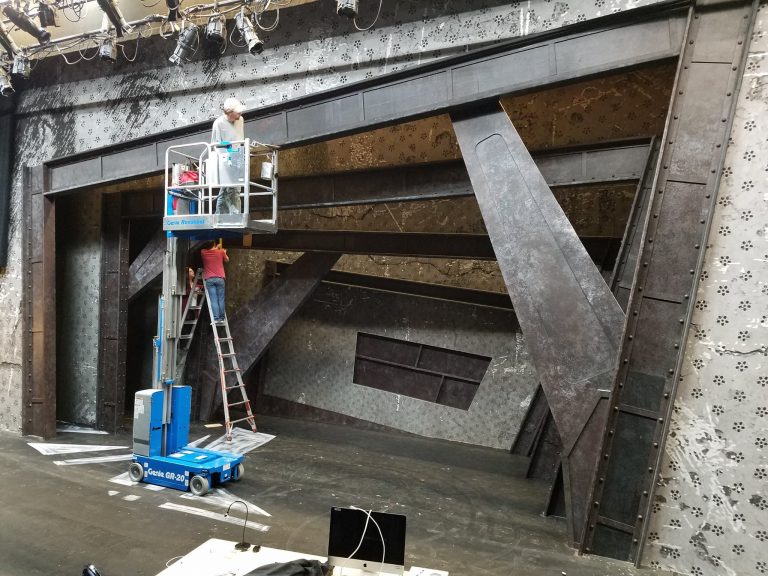 On November 10, the WOU Theatre Department will be putting on Machinal, a play written by Sophie Treadwell and directed by theater professor Michael Phillips. This play seems like a hollowing echo of the struggle of women through the decades to be more than just a household necessity and instead their own person. The story of Machinal is loosely based on a true story about Ruth Snyder, who received execution by electric chair for murdering her husband. Written in 1928, only eight years after women were allowed to vote, it is still relatable.

The story follows Helen, an average young woman working an office job that leads nowhere with a husband that promises her financial security and nothing more. She also has the role motherhood at a young age with no support which only drags her down. Making her wonder what is really hers and who she really is in a world where being a woman without a man was nearly impossible. The play uses expressionism to portray the oppression and cold environment that women have battle through. None of the characters seem to be people, but rather the symbol of all that is missing by exemplifying all that is left. With the characters in a robotic like state within materialistic world, it isn’t the most heartwarming environment, but then again neither is the story.

If you would like to see this masterpiece the show times are Nov. 10 through 12 and again Nov. 16 through 19 at 7:30 p.m., with a matinee on the 13th starting at 2 p.m. at Rice Auditorium. The performances on Nov. 11 and 18 will be interpreted in American Sign Language.  The ticket prices are $14 for general admission, $10 for seniors and WOU faculty/staff, and $8 for students.