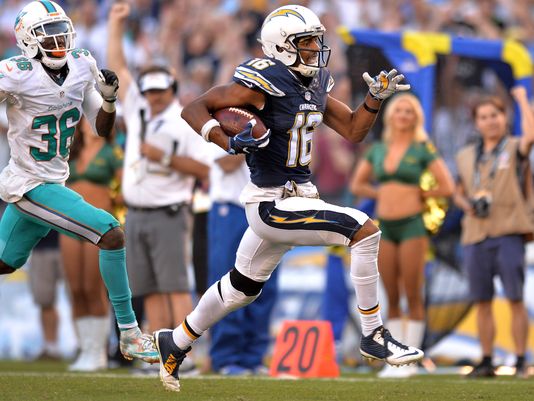 When it comes to NFL bargains, you’d be hard pressed to find anyone who provides more bang for the buck than San Diego Chargers wide receiver Tyrell Williams.

The second-year pro from Western Oregon University is a finalist for the 10th annual VIZIO Top Value Performer trophy, an award given to the the NFL player who’s on-field performance most exceeds the value of their contract.

Williams, who is a graduate of Cascade High School in Turner, led the Chargers in receiving this season with 69 catches for 1,059 yards and seven touchdowns. He earned $525,000 in 2016.

Williams’ three-year, $1.575 million contract expires in 2018 at which time he would be a restricted free agent.

The Top Value Performer is decided by fan votes. Fans can vote as often as they like at VIZIO.com/TVP and voting will remain open until Monday, Jan. 16 at 11:59 pm PT.

Williams was signed by the Chargers in 2015 as an undrafted free agent. As a rookie, his first NFL catch was an 80-yard touchdown against the Denver Broncos, who went on to win the Super Bowl.

A 6-foot-4, 205-pound speedster who grew up in Salem, Williams had three, 100-yard receiving games this season for the Chargers, who finished last in the AFC West with a 5-11 record.