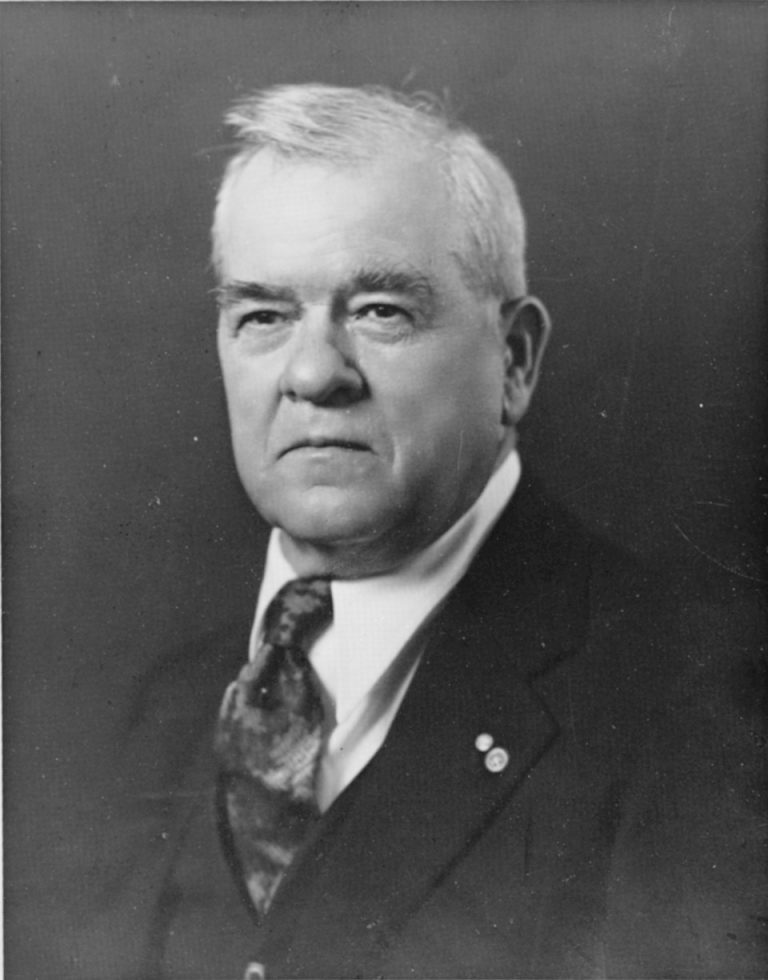 John Andrew Buchanan was a teacher, attorney, poet, state representative and municipal judge, but he’s best known as the lyricist behind the state song, “Oregon, My Oregon.”

His granddaughter, Carol Lambert, 85, is the proud keeper of his legacy.

She’s raising money to erect a two-sided, granite memorial at his grave in Warrenton’s Ocean View Cemetery. She maintains a web page about his life.

And, she tells me flatly, he was no racist.

The last point arises because I’ve previously written that the state song’s lyrics, nearly 100 years later, sound culturally insensitive. Buchanan wrote of Oregon being “conquered and held by free men” and “blest by the blood of martyrs,” lines that are still sung at public assemblies and state events today.

Buchanan was born in Iowa in 1863 and came to Oregon with his family as a child. He graduated from Oregon State Normal School (today, Western Oregon University) and became a teacher while studying law. He was admitted to the bar in 1896 and practiced in Roseburg for 19 years. During that time, he served as a state representative for Douglas and Jackson counties and as director of Roseburg public schools.

When the U.S. joined World War I, Buchanan served as captain of the Fourth Company of the National Guard’s Coast Artillery, stationed primarily at Fort Stevens. After the war, he liked the north coast so much, he settled in nearby Astoria.

Buchanan had an active civic life. He was a charter member of the Astoria Kiwanis Club and longtime editor for the club’s Keystone newsletter. He belonged to the American Legion, Independent Order of Odd Fellows, and the Woodmen of the World. He helped found the Clatsop County chapter of the Daughters of the American Revolution, as well as the Clatsop County Historical Society.

“I am intensely interested in the early history of Oregon,” Buchanan said in 1928. “In fact, the study of Oregon history is my hobby. I would like to see more attention paid to it and more records of the pioneers recorded and preserved for the coming generations.”

Lambert was 4 years old when Buchanan died in 1935, but she recalls visiting him.

“I remember going over there and being absolutely amazed at his library,” she said. “Books clear up to the ceiling, and that very much impressed me as a youngster.”

A copy of the latter resides at the Multnomah County Central Library and includes such poems as “Song of the Trout,” “To Mount Hood” and “Yamhill Against the World.”

Buchanan wrote “Oregon, My Oregon,” which was later put to music, for a contest in 1920. Seven years later, the Oregon Legislature officially adopted it as the state song.

I wrote about “Oregon, My Oregon” in September because of those few lines that seem out of place for today’s Oregon. Surely, in 2017, we don’t need to keep singing the praises of European colonialism.

I returned to the topic this week and reached out to Lambert because the movement to change “Oregon, My Oregon” has reached Salem.

Rep. Sheri Malstrom has submitted a legislative concept to alter the words of the state song at the request of a constituent who noted the lyrics “do not reflect the inclusive nature of Oregon’s culture,” according to Malstrom’s spokesperson. A concept is the first step before creating a bill.

The proposal would change “conquered and held by free men” to “land of Majestic Mountains” and “blest by the blood of martyrs” to “blest by the love of freedom.”

But Lambert likened changing the lyrics to rewriting T.S. Eliot or Shakespeare. The song, as is, “reflects the period of the time and the writer’s intention and I think that’s important,” Lambert said. “This is history, and history matters.”

On the importance of history, I wholeheartedly agree with Lambert. It’s why I was happy to research Buchanan’s life. He was an upstanding citizen of his time.

But, we differ in our understanding of a state song: It’s not a historical footnote, it’s a living document.

Kentucky faced a similar issue with “My Old Kentucky Home,” which was written by Stephen Foster around 1852 and adopted as the state song in 1928. It’s a ballad against slavery, but the original version includes the term “darkies.”

So in 1986, the Kentucky Legislature formally changed the lyric to “people,” and kept the rest of the song.

It’s a way to honor the past and look toward the future.

Published by The Oregonian
By Samantha Swindler