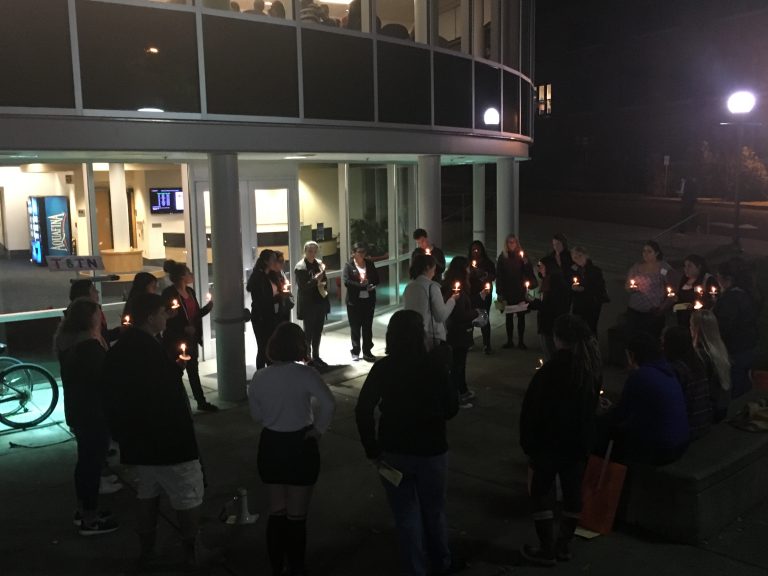 Last fall, The Research Institute (TRI) and the U.S. Department of Justice Office on Violence Against Women extended their six-year relationship until at least 2019. A $300,000 grant sealed the deal.

There was not a lot of fanfare at the time, but the continuation agreement is a significant coup for Western Oregon University. Not only does it reflect the outstanding violence education and prevention programming the university has offered since 2010, the first year of the partnership, but it also allows the WOU Campus Against Sexual Assault (CASA) program to continue supporting students for another three years.

“The grant extension will enable Western to continue its efforts to eliminate violence against women,” said WOU President Rex Fuller. “It is an instrumental source of funding to further our goal of providing a safe campus for all of our students.”

The CASA program focuses on sexual assault, dating and domestic violence and stalking. In addition to hosting events and services, members of the CASA team work with local law enforcement, community members, campus security and a wide range of university programs to support those currently caught in interpersonal violence situations as well as survivors of violence. Abby’s House and the Student Health and Counseling Center are the two most visible sources of support, but the education and prevention effort spreads to the campus as a whole.

As much as expanded services since 2010 have made a major difference in the fight against violence, they’ve also had an impact on a smaller scale. Student Jessica Fontaine ’18 has been involved with Abby’s House since her freshman year, when the aspiring doctor found an outlet for her enthusiasm around social justice. As a junior, she’s now working as the office’s public relations coordinator.

“The grant extension really legitimizes our center,” she said. “It will make an impact for students. Violence happens everywhere, and we need to support students who are survivors.”

Fontaine is particularly enthusiastic about the events the CASA program hosts. She’s been in involved in two productions of The Vagina Monologues, and she highlighted January’s National Stalking Awareness campaign, which sought to educate students about recognizing unhealthy communication in person, on social media or without direct contact.

“It’s important that we are educating the student body on issues that they’d otherwise be uninformed or misinformed about,” she said.

Her favorite annual event is Take Back the Night, which happens each fall and comprises a keynote speaker and an organized nighttime march across campus. At the end, participants pledge reasons to take back the night from violence.

Money from the grant supports many different aspects of the program’s outreach. In addition to programming and events, Fontaine said WOU CASA allowed her and seven other student advocates to undergo a 40-hour training during which they became state certified in domestic and sexual violence advocacy.

The continued partnership with the Department of Justice is a testament to the quality work that WOU CASA performs, Fontaine said.

“It’s hard because you have to be excellent to receive money, but how can you be excellent if you don’t have money?” she said. “That’s why it’s so important that we keep getting better and supporting more students.”

The current three-year federal grant will be up for renewal in 2019. Until then, those involved with CASA will be working to educate as many people as possible about the problems of sexual assault, dating and domestic violence and stalking.

“Western prides itself as being safe,” said Fuller. “With women comprising more than 60 percent of enrollment, this grant is vital to our outreach efforts.”

Have you received support from the programs that CASA facilitates? Tell us about the CASA event you find the most powerful or helpful.