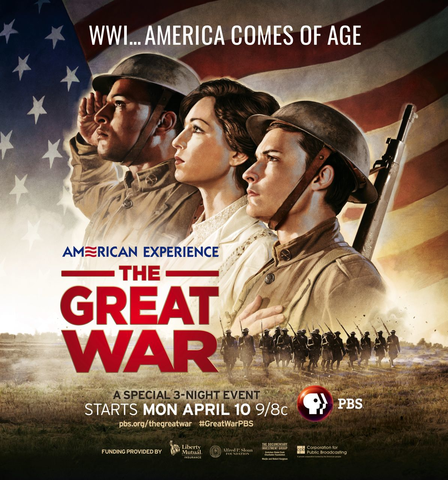 The PBS series American Experience will air “The Great War” from April 10-12 in conjunction with the 100th anniversary of the United States’ entry into the conflict. A familiar face is certain to appear in at least one of the three installments.

Western Oregon University Professor of History and Gender Studies Kimberly Jensen was among 25 historians interviewed for the series about World War I, thanks to her expertise in women’s roles in history.

“I think they found me because of the books I’ve written,” she said. “They knew a lot about my research on women and World War I.”

Jensen authored Mobilizing Minerva: American Women in the First World War and Oregon’s Doctor to the World: Ester Pohl Lovejoy and a Life in Activism, two telling works about the lives of women at the beginning of the 20th century. She’s also appeared in two Oregon Experience television programs, one about the suffrage movement and another about Lola Baldwin, an Oregonian who was among the first police women.

“The turn of the last century was a time of immense change for women,” she said. “Women in Oregon achieved the right to vote eight years before the 19th Amendment passed. And the war empowered women to stake a greater claim on citizenship and the rights that come with it, as did African-Americans.” 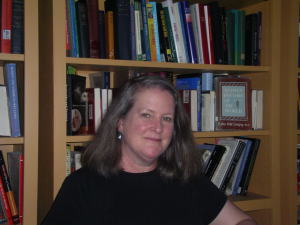 Jensen interviewed in front of the camera for two hours, but she doesn’t know how much of the footage will be used.

“Yep, I’m talking head,” she said with a laugh, describing the traditional documentary style in which experts’ head and shoulders are shown on screen with their name and title listed below. She’s also a disembodied voice; a snippet of her interview can be heard on the trailer for the film.

Jensen believes at least one night of the series will focus on the role of women in WWI and its ramifications on both the battlefront and the homefront. Another episode likely will feature the story of African-American, Latino and Native American troops and their perseverance in the face of stifling discrimination.

“I’m just so happy they made this film,” she said. “People don’t know much about WWI, and (the U.S.) just doesn’t have the commemorations like other countries. We weren’t in it for long – it was just about 18 months — but it was very consequential for so many people. People thought it would be ‘The War to End all Wars,’ and they were very disillusioned when it didn’t turn out to be that way.”

After making a trip to Seattle for the taping, Jensen fielded questions from the filmmakers pertaining to women and the war. It was a mix of big-picture questions about the repercussions of the conflict as well as more focused questions about specific women activists.

“We talked about suffrage, women doctors, anti-war activists and how the war changed American society,” she recalled. “The film should offer the audience a deeper understanding of the different experiences and viewpoints of all the segments of the population who were in the war.”

The years of 1917 and 1918 saw many societal shifts in the U.S., some of which were related to the war and others, such as voting rights, that had been brewing well before the fighting began. The crucible of war heightened conflicts over civil liberties, discrimination and immigration, and the resolution created a legacy for today.

“Before the war, America was isolated and uninvolved in world affairs,” said Mark Samels, executive producer of American Experience. “After the war, America stepped onto the world stage, and that continues today. The current debate on the balance between national security and civil liberties also began with WWI. The debate over immigration reached its apex during WWI.”

“The film is not only about what happened 100 years ago but how what happened then transformed our nation and the world in ways still being felt today,” he said.

Jensen hopes everyone will tune into the PBS special next month, even those who aren’t necessarily fans of documentaries. She’s eager to share the lessons of history with viewers and was happy to lend her voice to the effort.

“Historians love to talk about history,” she said. “And as historians, it’s our job to help the public understand history and what it means.”

The series is slated to run from 6 to 8 p.m. April 10-12 on PBS, though you should check your local listings for exact air times.

The Oregon Historical Quarterly journal will host a series of presentations about WWI in commemoration of the anniversary. Jensen will speak on the WOU campus as part of the series from noon to 1 p.m. May 18. The topic will be Citizenship and Civil Liberties on the World War I Home Front.