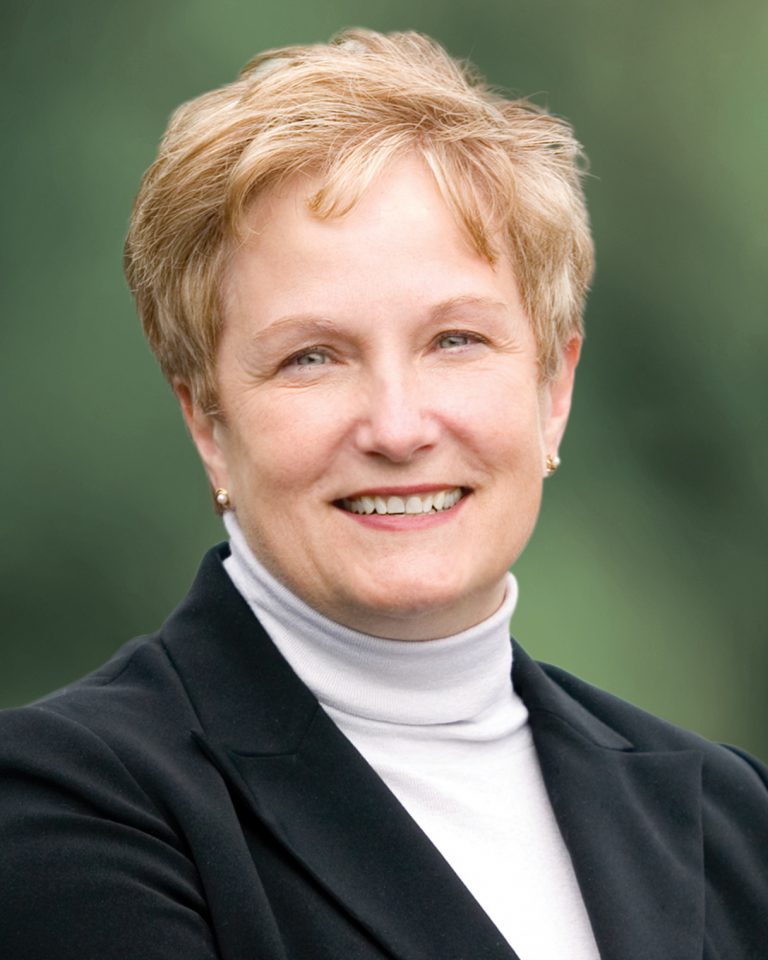 The 2017 Alumni Award of Excellence winner, Betty Komp, is the embodiment of Western Oregon University’s mission: providing a transformative education. Komp, now a retired Oregon legislator, came to WOU in the late 80s as a 30-something single mom seeking a significant change in her life. She graduated in 1990 with a bachelor’s degree in education and earned her master’s degree in ’92.

“I’ve always held myself to a high standard and set goals for myself,” she said. “Although it sounds cliché, I really believe that when one door closes, you look for another door that you can open up for yourself.”

Before enrolling in WOU, Komp had been a wife and parent from a young age, which put college on the back burner for 17 years. Finally, at age 35, she decided to move forward in achieving her dream: becoming an educator. She decided on Western Oregon because the small-city atmosphere and walkable campus suited her style.

After graduating from WOU, Komp put her teaching certificate and skills to work at Woodburn High School. A few years later, she sought her master’s so she could transition to being an administrator.

“I always saw myself working in an administrative role,” she said. She learned early to be responsible for others as she monitored her numerous younger siblings, fixing their meals and taking care of their well-being while her parents and older brother and sister milked cows and did other farm chores. “I’ve always been a problem solver. There wasn’t another option.”

However, she soon learned the administration side had its own set of challenges, from keeping students in school to dealing with federal education mandates. She knew she had to take matters into her own hands by getting involved instead of simply getting frustrated.

“When I was an active member of the PTA at my children’s schools, I would ask questions about fiscal issues and I would get responses like, ‘Well, that’s the way it’s always been done.’ I encountered the same difficulty in obtaining straight answers as a middle and high school administrator. In the end, that’s why I decided to run for the state Legislature.”

Komp ended up serving multiple terms as representative for Oregon House District 22, which encompasses the region of the Willamette Valley that includes Woodburn, Gervais, Brooks and North Salem. During her 12 years in the Legislature, she worked for positive change in Oregon education.

“People started to recognize me as someone who got bills passed, even when Republicans had the majority,” she recalled. “The piece of legislation I’m most proud of was HB#3619, which established support for systemic professional development for teachers.”

Though Komp retired from political service Jan. 6, she remains involved in issues around education. She’s also a vocal WOU supporter and cherished alumna.

Komp provided the keynote address at WOU’s 2016 Commencement and joined the WOU Board of Trustees in 2017, where she continues to offer valuable insight during discussions about state funding, the future of higher education and university goals.

“President Fuller asked me if I would consider being on the board,” Komp said. “I was really honored to serve my alma mater in that way. One of our biggest challenges is to keep enrollment up. But I am definitely up for a challenge. It’s important that we set every student up for success.”

The Alumni Award of Excellence is awarded each year to an alum (living or deceased) for his or her contributions and services to the university and community as well as for his or her distinguished professional work.