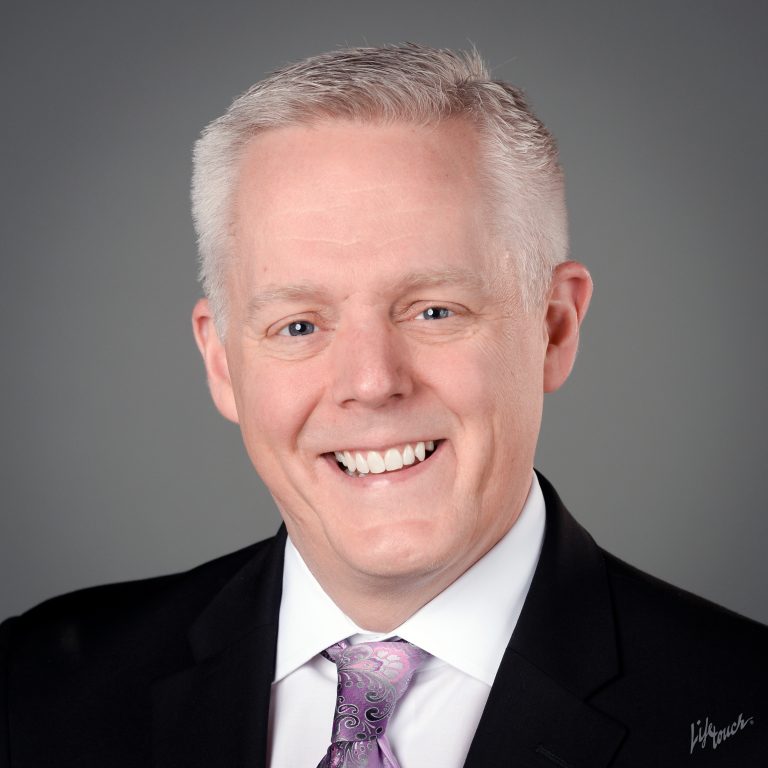 North Clackamas School District Superintendent and WOU alum Matt Utterback is this year’s Commencement speaker; it will be the second time that he has had the opportunity to address the audience at a WOU graduation ceremony.

Utterback, a 1989 Western Oregon State College – as it was named then – graduate, was that year’s Delmer Dewey Award honoree for outstanding male student, which required that he deliver a short speech during Commencement. While at WOU, Utterback had majored in education and earned a teaching certificate in social studies and integrated science. He also started dating his future wife, Nancy, herself an ’89 alum.

“Western Oregon’s teacher preparation program put me on the trajectory for a strong and successful entry into the field of education,” he said. “Western also provided me the opportunity to develop and grow my leadership skills in a number of different arenas. I successfully grew and expanded on these skills sets throughout my career in various educational positions.”

Utterback has been superintendent at North Clackamas School District since 2012, and during that time the district has made major gains in graduation rates and test scores, particularly for low-income, minority and special education students. Utterback has earned high marks for leading his district to major progress despite budget restrictions, school closures and the lackluster test scores he inherited.

Utterback’s leadership supports staff members in doing everything they can to set students up for success. All students are held accountable to a set of high standards while also being empowered to decide their futures.

“Much of our success in the North Clackamas School District has been the result of embracing equity and creating inclusive learning environments for each student,” he explained. “Equity is not about treating everyone the same; that is equality. Equity has us look at each student as an individual, affirming their identity and building upon the gifts and strengths each student possesses.”

Since Utterback took the helm at North Clackamas, graduation rates have risen from 69 percent to 83 percent. Two high schools in the district are in the top three Portland-area schools for ensuring low-income students graduate on time. Utterback is happy to see excellence spreading.

“This is a great lesson for life,” he said. “Successful people help others become successful.”

In his return trip to the WOU Commencement dais, Utterback may reflect on his career as an educator, or he may advise students about the value of embracing equity. Or, he may just offer a bit of wisdom that has served him well in his career.

“There are very few decisions that require an immediate response. Taking the time to slow down, gather information and consider different perspectives results in a better decision and outcome.”