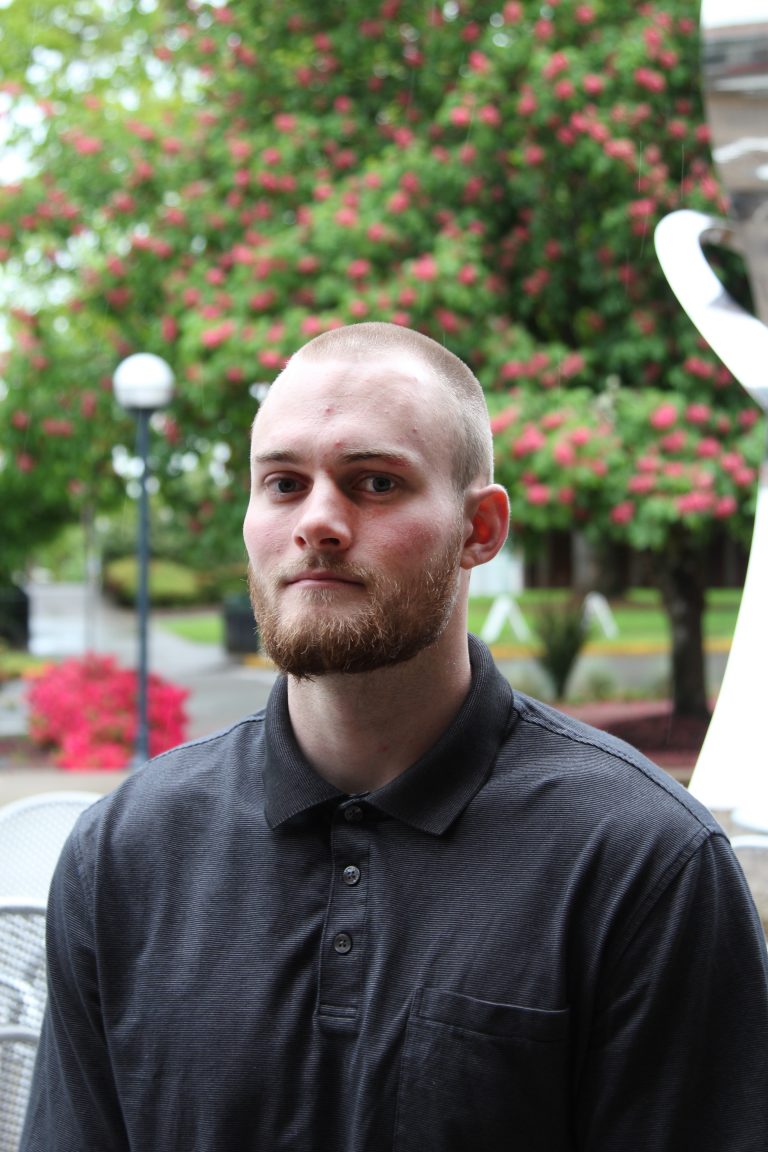 Connor Thompson, the 2017 Delmer Dewey Award honoree, has an incredible résumé. The chemistry major interned for NASA, researched nanotechnology and worked on a computational chemistry project involving cartridge cases from the Battle of the Little Bighorn.

But in discussing the most influential experience he’s had while on the Western Oregon University campus, the hyper-organized student cites a different activity: basketball.

“That’s been key in developing all the habits that I carry over into everything else — time management, work ethic,” he explained. Thompson is a huge believer in planners, a habit that started in high school. These days, he relies on both paper and electronic planners to organize his busy schedule.

“Both,” he said. “Basketball built on those skills. I think they were already there initially, but especially college basketball, you have to stay on top of it. Especially if you are going to do something like (the extensive activities he’s been a part of). You have manage your time. You have to be effective and efficient.”

Basketball is what brought Thompson, a Roseburg native and graduate of Glide High School, to WOU in the first place. That, plus the school’s size and location.

During his years at WOU, Thompson has participated in a number of important research projects, including one studying the use of gold nanoparticles for the enhancement of thermal lens spectrometric methods and another that focused on X-ray spectrometer analyses as it pertained to cartridges used in Custer’s Last Stand.

He also worked as a teacher’s assistant in chemistry and tutored fellow students in a range of topics, from chemistry and physics to education and math. Thompson said he really enjoyed the many hours he spent in the student help center.

“It’s been really good,” he said. “(Tutoring) really helps me with those subjects, too. My fundamentals are really solid. And I learn a lot, too. I’ll tutor subjects I’ve never taken, but I’ll just kind of figure it out. For example, elementary education. I’m definitely a much better tutor now that I was initially, and not just because of my increased math knowledge. Tutoring has been good for interpersonal skills, too.”

Thompson’s professors and advisers tout his organizational skills, his work ethic and ability to earn a nearly perfect GPA while also competing on the Wolves basketball team.

“Connor has shown himself to be a superior student in our program, ranking in the top 1 percent all time of students to graduate with a degree in chemistry. What is most impressive, however, is how he has maintained his academic focus and scholastic quality while also competing in the intercollegiate athletics … and providing service to the Western community by helping students as a mentor and tutor,” wrote nominator Professor Arlene Courtney.

Thompson will be taking his talents to Colorado next, where he’s already set for a five-year doctoral chemical engineering program at University of Colorado Boulder.
He’s not so sure if working for NASA is in his future, though the agency seems eager to have him back.

“Maybe if I could get on at the Ames Center, which is the research center in the Bay Area,” he said. “But probably not Alabama. I’m more like a Northwest-West guy.”

The Delmer Dewey Award, presented each year to the outstanding male student, is named for former Dean of Men Delmer Dewey, who died in 1953. The award was first presented in 1954. This year’s finalist was Corbin Garner of Salem, Ore., an exercise science major.